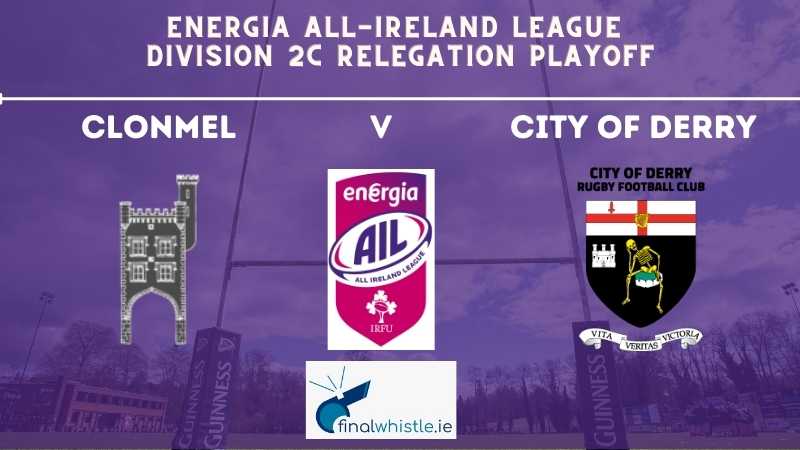 However, Derry stormed back into the game scoring two tries (both converted) and a penalty to lead 17-12 at the break.

An early penalty after half-time brought Clonmel back to 17-15 and then during the middle third of the second period there was a bit of a lull, before the hosts finished strongly.

Clonmel stormed away with a Dylan Cadogan penalty to push them 18-17 ahead before two late tries from Luke Hogan and Greg Carroll ensured the Tipperary side were left in good shape heading into next week.