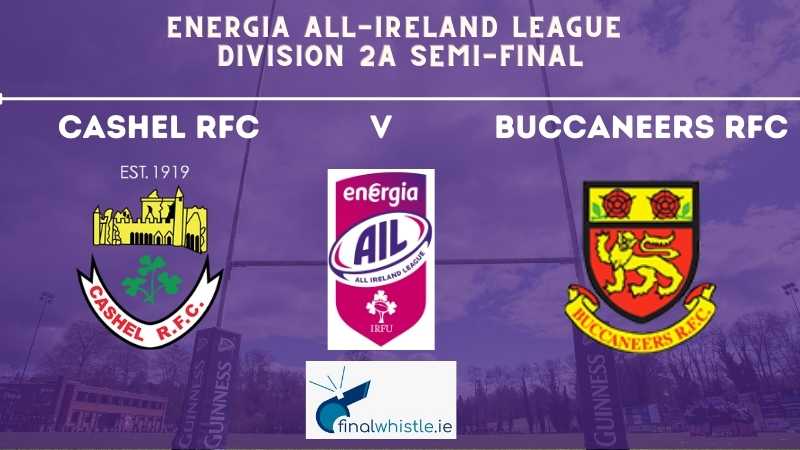 Cashel play host to Buccaneers this afternoon in a mouth watering semi final clash in Division 2A of the Energia All Ireland League. Cashel finished five points clear of Buccaneers in the standings after an impressive 12 wins during the campaign.

The two sides met during the final week of league fixtures in what was a dress rehearsal ahead of this weekend. Buccaneers emerged victorious after a 43-38 win at Spafield.

Buccaneers also beat their opponents Cashel narrowly on the opening day of the season, which will fill them with confidence ahead of today’s clash.

Cashel themselves have also shown that they can mix it with the best in division as they overcame Queen’s University at the end of February.

The Tipperary side will be looking towards captain Cathal Ryan to lead from the front, the skipper has been in fine form throughout the season.

Josh Pickering is another name that Buccaneers will have to be wary of, with the back one of his side’s key performers throughout the season.

Meanwhile for Buccs, captain Evan Galvin has led by example from the start of the season with Danny Qualter and Tabo Maree have also been in good form and their performance will be vital should Buccaneers progress to the final.

There’s no doubt that this match up is one of the most even and competitive across all the All-Ireland league fixtures, and with both sides so close to promotion, the smallest mistake or lapse in concentration could prove vital.

Kick off is at 2:30pm in Spafield with the winners facing either Queen’s University or Ballymena in the final.