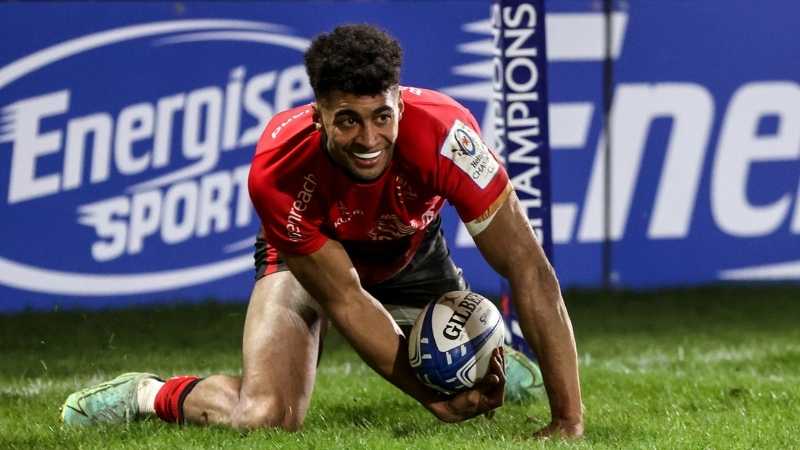 Ulster remain unbeaten in the Heineken Champions Cup, after a 34-31 bonus point win over Clermont Auvergne at Ravenhill. A hard fought win for the Northerners as they will be a high seeded team for the last 16 stage.

Tries by Michael Lowry, Duane Vermeulen, Robert Baloucoune and a brace by Rob Herring gave them the victory despite a late surge by Clermont.

The French visitors managed three late tries in a six minute spell, the most remarkable of comebacks looked to be on but the hosts held out in the end for a dramatic win.

Rob Herring got the games opening try in the eight minute, at the back the driving maul the hooker held the ball after feeding the lineout, as they edged closer he powered across the line to score, to give Ulster an early 5-0 lead.

The experienced Morgan Parra had Clermont on the board in the 12th minute, he slotted over a close range penalty to reduce the gap to two points. He added another six minutes later to give the French giants a one point lead.

Ulster found themselves ahead again in a nip and tuck opening half hour, who else but Lowry to get his third try in two games, some great footwork saw him elude the defence and cross for the try, Doak missing his second conversion to leave it 10-6.

The boot of Parra was beginning to punish Ulster’s ill-discipline, he landed another close-range penalty to leave it a one point game in the 26th minute. He repeated the narrative again by landing his fourth consecutive penalty to make it a two point lead for Clermont, 12-10.

The visitors were hit with a double blow just before the halftime whistle, Alivereti Raka sent to the sin bin, before Herring crossed for his second try of the afternoon, repeating his feat earlier in the haul driving against from a maul to score, Doak added his first conversion to make it 17-12 at half time.

Doak had Ulster on the board early in the second half, the scrum half landing a short-ranged penalty to extend the lead out to eight points, they looked bright in the early exchanges as the French side were on the back foot.

Duane Vermeulen crossed to give Ulster a bonus point on the 50th minute, continuing to use their additional man advantage, the big Number 8 using all his muscle to power home after Michael Lowry was held up short, Doak’s conversion made it 27-12.

Baloucoune had the fifth try in the 65th minute, Ulster had worked well beforehand to get a try but were thwarted at every step, in the end Billy Burns offloaded wide for Baloucoune to cross in the corner, the fly half making the conversion to extend the lead to 34-12.

Against the run of play Clermont crossed for their opening try, Jacobus Van Tonder the man to cross over after a great breakaway by the French attackers, it was the big number eight to burst clear and score, reducing the lead to 34-17.

Raka crossed for a second try shortly after they managed the first to cut the gap to just ten points, the pressure mounting late on against the Ulstermen as they conceded a third try within the six minute spell, Judicael Cancoriet getting their third try as the hosts were made sweat for the final few minutes.