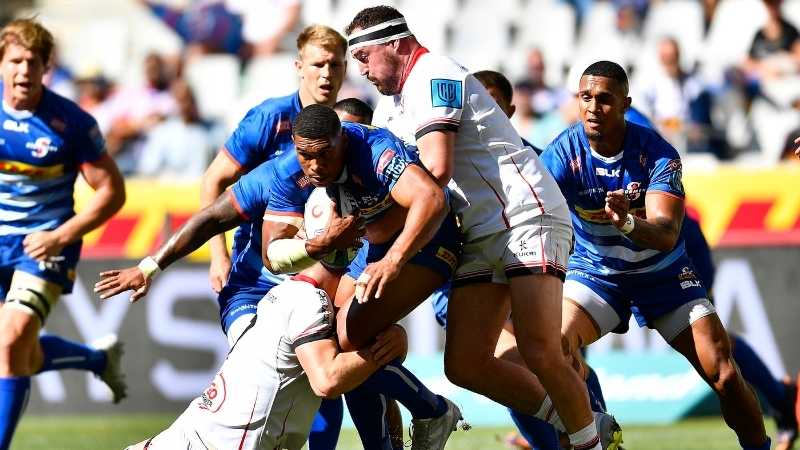 A controversial ending at DHL Stadium saw Ulster slip to a 23-20 defeat to the DHL Stormers in the first game of their South African tour as Callum Reid saw a late game-winning try ruled out by the TMO.

Dan McFarland's side had battled back superbly from conceding two tries in the opening six minutes to put themselves in a position to win the game, and they thought they had done so when replacement prop Reid dived over the line.

However, the TMO intervened to point out a knock-on as he grounded the ball and, despite the appeals of captain Alan O'Connor, the decision stood and the South Africans held out for a narrow victory.

Ulster had their chances to win the game, particularly in the second half, however instead they lost their first game in eight outings and missed the chance to go top of the United Rugby Championship, instead settling for a losing bonus point.

After the first six minutes they would have taken that as their start couldn't have been much worse as they found themselves two tries down.

Scrum-half Paul de Wet started it off when he finished a lightning quick counter-attack started by Warrick Gelant and Leolin Zas, before Zas himself got in on the scoring when he was set over by Manie Libbok after a period of pressure in the Ulster 22.

The visitors struck back, though, as they finally got their driving maul working and Marty Moore crashed over from close range to get them on the board, although Libbok would send over a penalty to take the lead beyond a score.

John Cooney responded with two penalties of his own, although Libbok would take the lead to seven at the break with another penalty on the stroke of half-time.

The South African fly-half would add another kick shortly after the restart, but Stuart McCloskey showed incredible power to burst over the line, bumping off Libbok to go under the posts for what would prove to be the final score.

Rob Lyttle had a chance to go over in the corner but was held just short, and then Reid thought he had won it with just two minutes to go only for the TMO to step in and dash their celebrations.