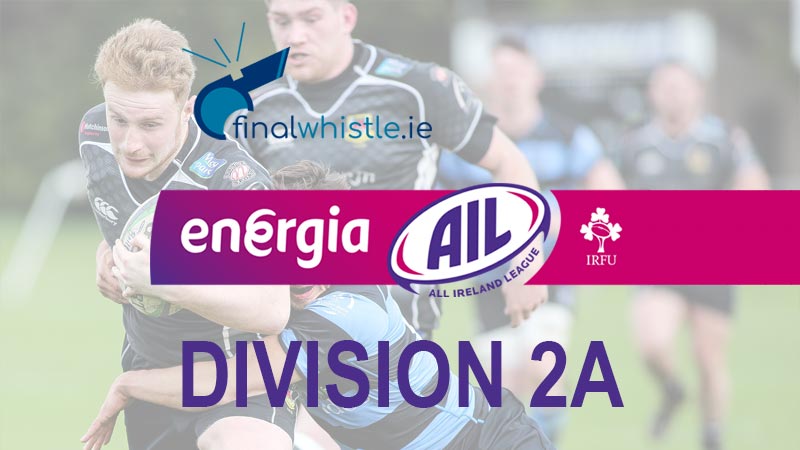 There are just three weeks of action left in the Energia All-Ireland League Men’s Division 2A, Queens University look to be the champions unless they suffer three straight defeats.

Cashel need 15 points from their last three fixtures, the relegation battles will also be an interesting spectacle this weekend.

Cashel had a strong revival to their season, and look on course to be runners up in the division, they meet a UL outfit who look to be safe from relegation but will aim for a strong showing in the final weeks of the season.

After ten straight wins Cashel saw their winning streak end at the hands of Rainey Old Boys, a 24-21 defeat a tough result for them as mathematically the title is still up for grabs, but it will take a miracle and three bonus point wins to see them as champions.

The Students picked up a big win over their provincial rivals Nenagh before the break, the 30-24 scoreline a big statement in their bid to remain a 2A team next season. They will look to build on the result this weekend, finishing the season on a high with a great result.

Bar a three game losing streak and Cashel picking up three straight bonus point wins, Queens look to be crowned the divisional champions, they have looked strong all year but Dolphin are looking for their third win in a row.

Dolphin edged out an eleven try contest with Ballymena 7-4 last time out, as they were 47-26 winners, the bonus point seeing them climb to seventh in the table and a huge scalp over the league leaders, could propel them higher.

Queens showed their strength in their recent meeting with MU Barnhall, the 26-15 win a tough battle as Barnhall proved to be strong in the second half, the free scoring nature of Queens has been fruitful this year, another bonus point win their 12th out of 13 this season.

After a strong performance last weekend against Cashel, Rainey Old Boys will look to save their spot in the league with a victory this weekend, Banrhall stand in their way in Parsonstown, form hard to come by for them.

The hosts were inflicted with their eight defeat of the season last time out to Queens, trailing 21-5 at half time they had controlled the second half but failed to convert many scoring chances.

The win over Cashel before we paused for a break, was a first win since November for the Ulstermen, the narrow three point win crucial for their ambitions as a 2A club, with three weeks to go these results will be vital for them.

Nenagh are still fighting for their survival in Division 2A, as they hang just outside the drop zone, their opponents Buccaneers look to be finishing in third place this season, a strong showing for them this year.

Defeat to UL was a tough one to swallow for Nenagh, they performed well only trailing 21-17 at half time, levelling the game midway through the second half before suffering the crushing late defeat.

Two back to back defeats has hindered Buccs finish to the season, they were looking like title chasers, but six defeats has seen them drop out of the chase, but a win this weekend could see them remain in third spot.

Ballymena and Old Crescent are two teams who are firmly positioned in the table, the final few weeks will serve to see how high up the table they can finish, Crescent occupy sixth while Ballymena sit in fourth.

Old Crescent climbed to sixth place in the table after a hard fought away win over Buccs last time out, Crescent had a great showing early on leading 24-0, but they looked vulnerable late on conceding 17 points, but held on to climb to sixth.

Defeat to Dolphin sees Ballymena remain a point behind Buccs in the table, they will look for a better result against the Shannonsiders this weekend, in a bid to finish in the top three before the season draws to a conclusion.