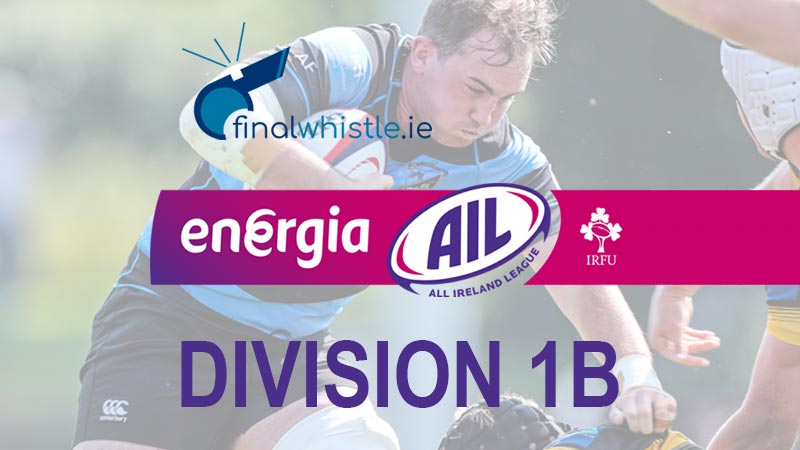 Round 11 of the Energia All-Ireland Division 1B got underway on Friday evening, with a number of high-scoring games to savour.

Highfield lost away at City of Armagh, while Old Wesley edged Banbridge on the road.

A first half onslaught from City of Armagh proved to be the difference as the hosts edged Highfield 27-21 at the Palace Grounds.

Highfield fought back in the second half after trailing 27-0 at halftime, scoring three tries, but that proved to be too little too late.

Three penalties from Ian Cassidy sealed a 16-21 win for Old Wesley against Banbridge at Rifle Park.

Banbridge drew to within three points, but Josh Pim’s try made it 10-18 before a late penalty from Cassidy sealed a 16-21 win for the visitors.

Old Belvedere and Old Navan served up as a masterclass as the visitors claimed a 30-37 win at Balreask.

Tries from Ryan McMahon, Will McDonald, David Wilkinson, Fionn Mcwey and Conall Bird proved to be the difference as Old Belvedere moved into seventh.

Two tries from Lee Nicholas helped Shannon pick up five points in a crucial 42-27 win against Malone at Thomond Park.

Malone reduced the deficit to four points in the second half, but that proved to be as close as it got, as tries from Alan Flannery and Declan Moore secured the win.

St Mary’s College kept pace with second place Highfield as they eased to a 27-17 win against Naas at Templeville Road.

Five straight penalties from the boot of Conor Dean gave the hosts a 15-5 lead before tries from Craig Kennedy and Myles Casey sealed the deal.