Munster claim first victory of the season with win over Zebre 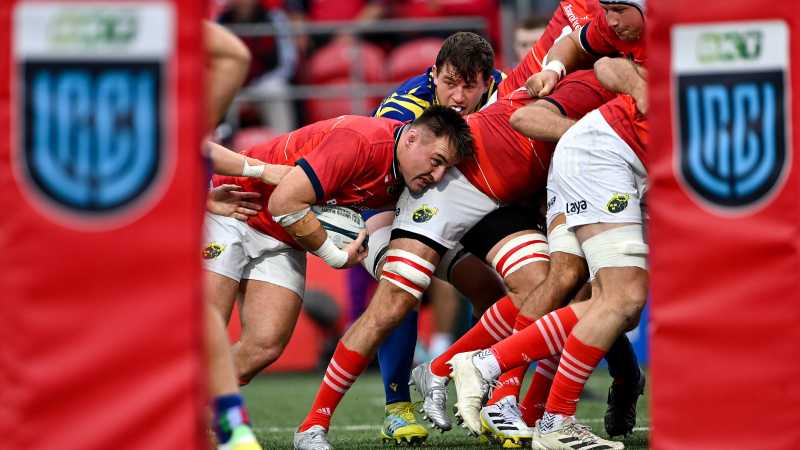 Three tries inside the opening half an hour proved to be enough for Graham Rowntree's side to earn their first win of the URC campaign.

Two tries from Niall Scannell and another from Keynan Knox helped Munster to a 21 point lead at the break, but a disappointing second half performance saw their Italian opponents outscore them.

Munster dominated the first half from the off, with their all-round play proving too much for Zebre. With Munster enjoying plenty of the ball inside the opening stages, they found their first try of the game through Niall Scannell in the ninth minute. A lineout on the Zebre five metre line resulted in the experienced Munster pack opting for a maul.

Niall Scannell’s finish from the back helped open the scoring and Ben Healy added the extras from the tee.

Continued Munster pressure in the minutes after saw the hosts double their lead through a try from Keynan Knox from close range. Healy converted, extending his side’s lead to 14 points.

One area which Munster asserted their dominance was at the lineout. Zebre lost nine of their 16 lineouts in the first period, with Peter O’Mahony and Tadgh Beirne proving to be the difference.

In the 25th minute, Munster found their third try. Yet again, the lineout was too much for Zebre and a rolling maul saw Niall Scannell score his second of the game. Munster led 21-0 at the interval.

Some of Munster’s errors from their first couple of the URC games started to creep back in at the start of the second period.

Five minutes into the half, Jacopo Trulla’s perfectly weighted chip kick in behind the Munster defence was finished by Lorenzo Panni who dived over for Zebre’s opening score.

Although Zebre didn’t threaten Munster too much, they limited the home side to few chances of their own while also frustrating them on the breakdown.

Despite it being Munster’s first win of the campaign, huge improvements will be needed if they’re to challenge for silverware at the end of the season.