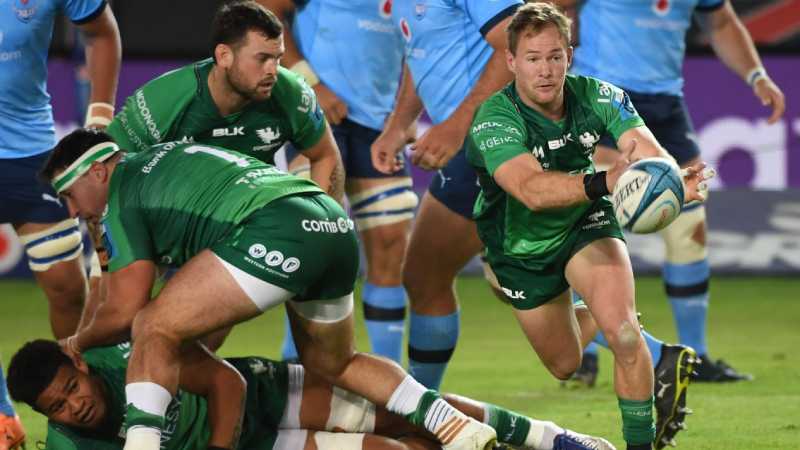 A strong first half performance from Vodacom Bulls was enough to beat Connacht 28-14 in the URC.

It's now three successive defeats for Connacht who face games against Munster and Leinster in the next couple of weeks.

Last season’s URC runners up came firing out of the blocks from the off, playing at their usual high tempo immediately.

It looked like Bulls had taken the lead inside the opening two minutes through Johann Grobbelaar, but upon further inspection from the TMO, the try was ruled out.

Five minutes later, the deadlock was broken after Thomas Farrell’s pass was intercepted by Kurt Lee Arendse on the halfway line. The South Africa international raced underneath the posts and touched down.

Johan Groosen converted for the extra two points. Just minutes after the restart, they doubled their advantage after a rapid attack led by Canan Moodie.

After recycling the ball Zak Burger touched down for his first try of the season. Groosen converted again, leaving Connacht with a huge task for the remainder of the game.

Connacht did slowly grow into the game, but a number of unforced errors stopped them from threatening Vodacom Bulls.

Just before half time, Bulls struck again after a tap and go on the Connacht five metre line. Captain Marcell Coetzee powerfully, bulldozed over the try line for his side’s third try of the affair. Johan Groosen added the extras, sending them into the break with a 21-0 advantage.

Connacht built pressure on the Bulls’ defence early in the second period, but yet again, they couldn’t turn territory into a score.

Zak Burger then found his second of the game just over five minutes into the second half, sealing the bonus point for the hosts. Yet again, Groosen converted.

Bulls remained in control I the third quarter of the game, with their high intensity and powerful carries proving a nightmare for Andy Friend’s side.

In the 68th minute, Connacht finally found their first points of the game with a good drive from Jack Aungier resulting in the replacement prop touching down.

With just under seven minutes remaining, Connacht did score again after David Hawkshaw charged down Chris Smith’s clearance. The Connacht out half ran over the line for his side’s second try of the game and also converted, but it was too little too late for Connacht at the Bulls hung on.