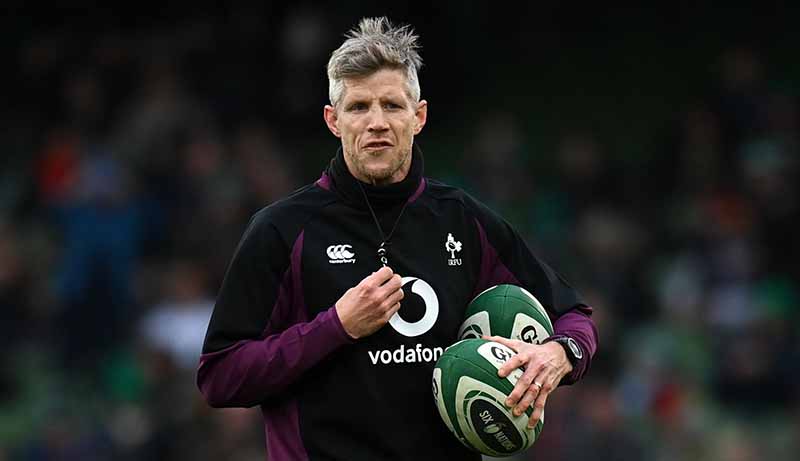 The IRFU has confirmed that an emerging Ireland squad lead by Simon Easterby will play three fixtures in the Toyota Challenge hosted in Bloemfontein, South Africa this coming Autumn.

Easterby will be joined to oversee the squad by Paul O’Connell, Mike Catt and John Fogarty, it serves a real opportunity to develop a group of young players, with the 35-man squad complied of those who impressed for the Ireland U20 side in recent seasons.

It will certainly serve well to develop young players as they will face this year’s Currie Cup finalists, the Windhoek Draught Griquas, the Airlink Pumas and former Pro14 side the Toyota Cheetahs, over a ten-day period with all games taking place in Bloemfontein, the home of the Cheetahs.

An Ex Ireland captain and current Defence Coach, Easterby is looking forward to the role with a World Cup on the Horizon, speaking on the news about the tour he stated:

“The growth we witnessed in the less experienced players in New Zealand over the four weeks was incredible to see. The two Māori fixtures were invaluable in broadening our talent pool ahead of RWC23 and the coaching group see this as another opportunity to increase the depth of talent available to the national squad ahead of the World Cup in France and beyond.”

Emerging Ireland will open their tour against the Griquas on 30 September before further games against the Pumas and Cheetahs on 5 October and 9 October respectively.

While the tour benefits those involved, it clashes with three derbies in the United Rugby Championship, including Ulster’s home game with Leinster on 30 September, leading to selection headaches elsewhere once the squad is named.

The tour will serve as an ideal replication of the demands the senior players have to undertake, we have seen Irish clubs struggle this season in South Africa when it came to altitude, the hopes of the tour will be to get minutes and give a stage to those waiting to chomp at the bit of a senior callup.