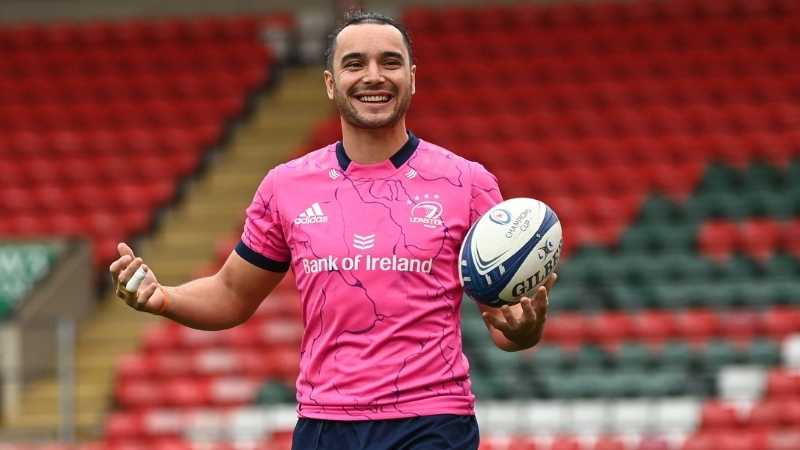 James Lowe believes Leinster “will be striving for the complete performance” if they are to overcome Toulouse in the Champions Cup semi-final and book a spot in the final at the Stade Velodrome in Marseille.

The fullback was speaking to the media this week ahead of Leinster’s showdown with the reigning champions this Saturday at the Aviva Stadium.

“We are focused on us. Defensively making sure we are getting it right. We know with an attacking side like Toulouse, we know it is going to be a different beast.”

Leinster booked their place in the semis with a 23-14 win away to Leicester Tigers last weekend. Toulouse are no strangers to Irish opposition this season. Leinster will be the third Irish outfit they have faced on their path to glory, having already overcome Ulster up in Belfast. The five-time champions were also involved in an epic match against Munster last weekend in the Aviva, needing penalty kicks to defeat the two-time winners.

This is Leinster’s first Champions Cup semi-final in three years and Lowe believes it has been “too long” since they have been involved in a final.

“I think it has been too long. The sides that we have lost to have been very good sides and on the day, they have been better than us. We know on our day, there is no reason why we can’t have that cup at the end of the season.”

The New Zealand native admitted the showdown between the two clubs is “as big as it gets in any club rugby.”

“They’ve got five-stars on the chest which is something that we’ve been striving for. They’re the current holders and current Pro-14 champions, and to win this title, you have to beat the best.”

“Fortunately for us, we are playing the best at home this week. The ball is in our court.”

When asked about the quality of opposition, Lowe was in awe but remained determined to stop Toulouse in their tracks.

“They have some résumé. It is a huge challenge but, certainly something we are looking forward to. Hopefully we can stop them in their tracks from beating all the Irish boys up.”

“I’ll definitely put my hand up. I’ve been kicking ever since I was a kid. I place kicked a lot in school and club rugby back in New Zealand.”

The game kicks off at 3pm tomorrow at what is to be a jam packed Aviva Stadium. The winners will meet either La Rochelle or Racing 92 who meet on Sunday. The final is set to be played on Saturday, the 28th of May.