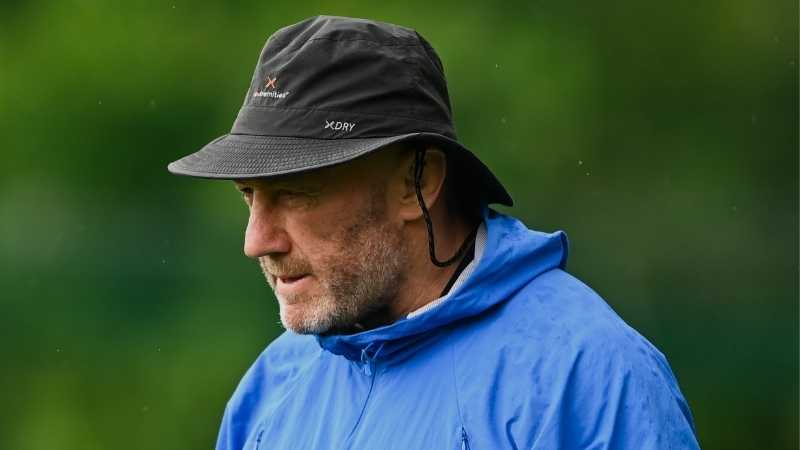 Leinster assistant coach Robin McBryde believes there is a “fair bit” for his side to improve on as they prepare to face Toulouse in the Champions Cup semi-final at the Aviva on Saturday.

The four-time champions are the only non-French team remaining in the competition as Racing 92 and La Rochelle make up the other semi-final.

Speaking to the media during a press conference, McBryde acknowledged this is “as big as it gets” in European club rugby as the five-time champions come to town.

“They are the reigning champions so they are going to want to keep hold of their silverware, and having had that experience last year, they will be keen to do it again.”

Leinster come into the game off the back of an impressive 23-14 win away to Leicester Tigers at the weekend.

While speaking about that performance and previewing the game this coming Saturday, McBryde insisted how his side will need to “clear their lines effectively”, referencing “errors” made in the second half.

“We knew it was going to be a big test for us up front. It is a unique setting down in Welford Road. The crowd are on top of you. The number of penalties they win from a scrum point of view and they put a lot of emphasis on kick chase. They do what do very well.”

McBryde revealed that home advantage for the semi-final was where they would liked to have been at start of the season. “We knew that every point counts.” Home advantage will provide the players with an “added boost” against “quality opposition”, the assistant coach thinks. Although with the advantage, McBryde knows they “can’t take anything for granted” and is is going to be a tough, tough ask.”

Regarding the support from a packed Aviva to roar on the team to victory, the coach said, “I’ve heard tickets are going well so hopefully we will get a full house.”

Toulouse overcame Munster in the quarter final on penalties after the game finished 24-24 at the Aviva. They triumphed 4-2 in spot kicks and will be looking to use that determination and grit to beat Leinster.