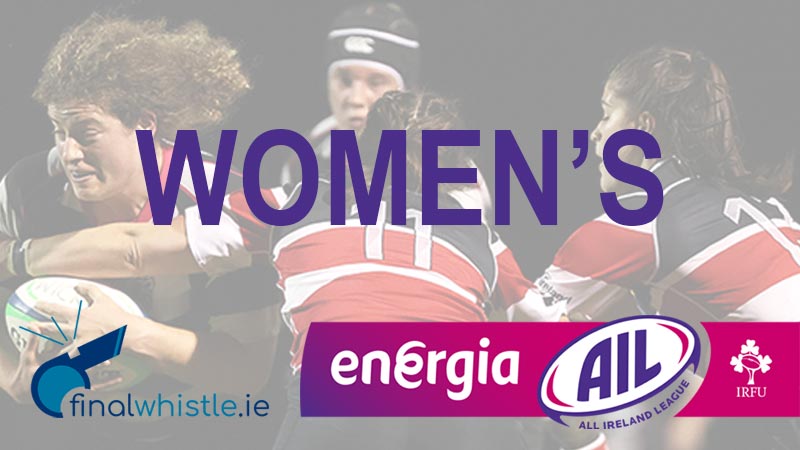 The Women’s Energia All Ireland League returns this weekend. UL Bohemians are currently three points ahead of Railway Union at the top of the table but who will be leading the way when they face off in this round.

Newly promoted Wicklow will be looking for their first points of the campaign on Saturday.

The Garden County side host sixth place Malone, who are without a win since matchday one where they defeated Galwegians. this weekend. Malone did hold the high flying Railway Union side to a 0-0 draw a fortnight ago and will be relishing the chance to add more points to their league tally this weekend. The hosts have fallen to heavy defeats recently at the hands of Old Belvedere, Blackrock College and Railway Union so far.

Connacht side, Galwegians are also on the hunt for their first victory of the AIL season. Suttonians travel to Crowley Park to face Galwegians on Saturday afternoon. Suttonians beat Cooke 28-12 two weeks ago and will be hoping for more of the same this weekend. The Dublin side fell to defeats during the first two matchdays but are currently sitting in seventh place five points ahead Galwegians.

The tie of the round is at Willow Lodge this weekend where second place Railway Union can leapfrog leaders UL Bohemians with a victory over the Munster side. UL Bohemians have been very impressive so far this campaign with three bonus point wins from three games. Bohs have breezed past Cooke, Galwegians and Old Belvedere already meanwhile Railway have beat Wicklow and Blackrock College before being held to a scoreless draw against Cooke. A win for either side today will really heat up the race for the title going into the second half of the season.

Fourth place Old Belvedere could rise up to second place if results elsewhere go their way. Belvo host Ballincollig who could also rise up to second with a bonus point victory and other results going their way. Ballincollig have beaten Galwegians and Suttonians already this year but did lose away to Cooke on matchday two. Belvo have had heavy wins over both Malone and Wicklow but lost to league leaders UL Bohemians a fortnight ago by a score of 46-17.

The final game of Matchday four sees Cooke host Blackrock College at Shaw’s Bridge. Cooke fell to a 28-12 defeat away to Suttonians last time out and a defeat to UL Bohemians last month but they dd have a well earned victory over Ballincollig during matchday two. Blackrock College are sitting in third place and will be eager to pick up some vital points this weekend in their quest to the title. Blackrock have won two of their first three matches with their only defeat being against Railway Union in September.

With the table starting to take its shape, results this weekend will really start to separate the challengers from the strugglers.