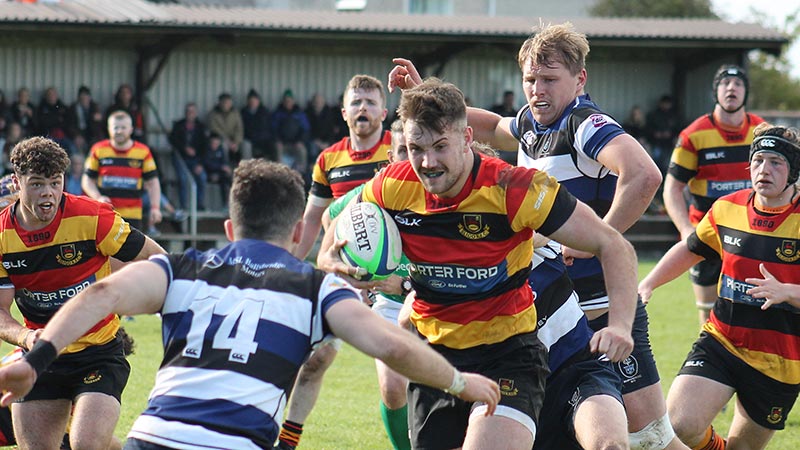 It’s matchday three in the Energia All Ireland League Division 2B this weekend. Greystones are currently top the table sitting on ten points following two bonus point victories from two so far this season. Malahide are sitting bottom of the pile still waiting for their first point.

Ballina travel north to take on Belfast Harlequins at Deramore park this Saturday. Ballina are still searching for their first win of the campaign after narrowly losing to Galwegians by a score of 23-22 and an entertaining 36-36 draw at home to Blackrock College last weekend. Belfast Harlequins will be eager to get back to winning ways after their narrow defeat to Galway Corinthians last week.

Galwegians fell to a heavy defeat away to Wanderers last week and face another tough task this week as they host Blackrock College RFC. The Dublin side currently sit three points behind Greystones and are sitting in second place in the table after one win and one bonus point draw so far this season. Galwegians dd beat Ballina on Matchday one and will be confident of causing an upset this weekend.

Table toppers Greystones are heavy favourites early on to win Division 2B after some quality performances over Dungannon and Malahide so far. They host Galway Corinthians at Dr.Hickey Park and will be eager to stretch their three point advantage at the top with yet another bonus point win this weekend. Number eight Danny Kenny and out half Killian Marmion have proved to be two stand out players in the league so far this season. Corinthians secured their first win of the season last week with a 19-17 victory over Belfast Harlequins. Tries from Adam Nash and Matthew Devine proved to be the difference against Harlequins and the Galway side will need these two men in fine form again if they’re to cause an upset.

Sligo host bottom placed Malahide this weekend and will be optimistic about gaining their second win of the campaign. The Connacht side started their campaign with a hard fought victory over Wanderers on matchday one but did fall to a defeat at the hands of Dungannon last weekend. A Stefano Giantorno try last week put Sligo ahead last weekend but a strong second period from Dungannon sealed the win for the Ulster men.

It’s third versus fifth in the final game of Division 2B and a win for either side will firmly keep them in the hunt for the title. Wanderers face Dungannon at the Aviva Stadium. Both sides fell to defeats in matchday one but both had comprehensive wins last weekend to keep them both in the race for first place. Lewis McCrabbe, John Russell and two tries from Sam Russell secured the bonus point win for Dungannon last week and this trio will be looking to hurt the Wanderers defence when the sides meet on Saturday.