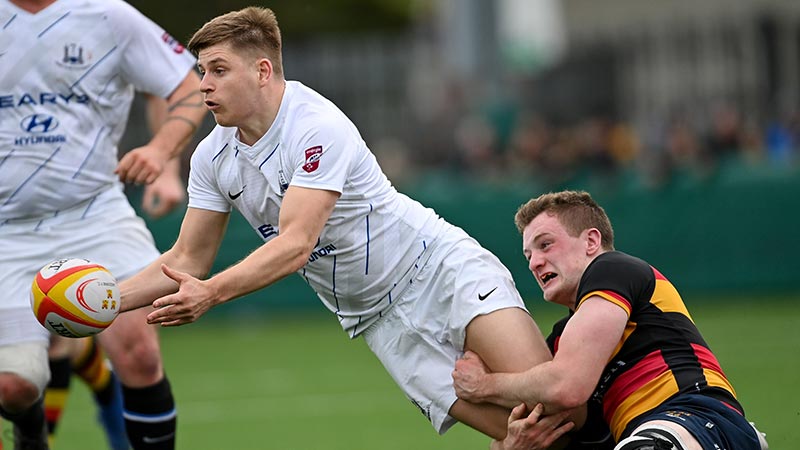 Garryowen moved to the top of Division 1A of the All-Ireland League after they secured back-to-back bonus point wins.

That secured back-to-back defeats to kick off Ballynahinch’s season as they lie in eighth, while Clontard moved up to third after their two consecutive wins.

At Temple Hill, Young Munster were victorious 24-17, through Conor Hayes’ and Patrick Campbell’s tries with 14 points coming from the boot of Evan Cusack.

Cork Constution scored through a penalty try and Barry Galvin’s touchdown, with five points scored from the boot of Aidan Moynihan.

The home side lie in seventh after losing their first two games, while Young Munster are in second after going two from two.

With Garryowen top of the tree, today’s loss puts the winless students down to ninth.

Aided by 14 points from the impressive boot of Charlie Tector.

The Dublin based side are up to fourth after securing back-to-back wins.

It was a competitive performance from Terenure College, who now lie in fifth.

On Friday night, UCC were blown out 31-0 at home by Dublin University.

Giuseppe Coyne, Mark Nicholson and a penalty try, added to the 14 points from the boot of Michael O’Kennedy.

UCC are bottom, on no points with a -48 points difference.

Whereas, the Dublin students are in sixth after one win from two,