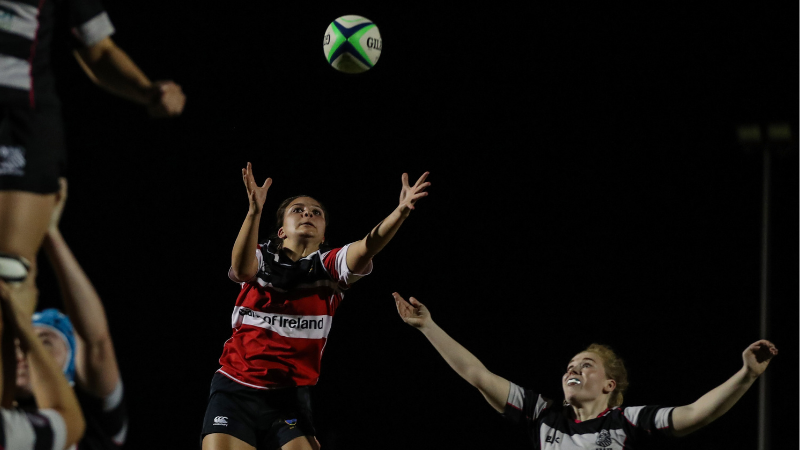 It’s week three of the Women’s All Ireland League and there have been plenty of shocks and fantastic games so far this season.

Ballincollig host Galwegians who are without a win so far this season. Galwegians fell to a 43-7 home defeat to UL Bohemians and a 25-17 loss at the hands of Malone in matchday one. Ballincollig beat Suttonians 14-13 during matchday one but did fall to a 24-10 loss away to Cooke last week.

Wicklow RFC travel to Stradbrook to take on Blackrock College. Both sides are in quite different form which could result in a very high scoring game. Blackrock beat Suttonians 50-0 last week while Wicklow fell to a 142-0 defeat at the hands of table toppers Railway Union. The women from the Garden County will be hoping for a change in fortune to kick start their season in what will be a very entertaining affair in Blackrock.

Malone host Railway Union RFC at Gibson Park at 5pm this Saturday. Railway have emerged as early favourites to be crowned champions come the end of the season following comprehensive defeats over Wicklow and Blackrock so far. Malone did lose away to Old Belvedere last week but beat Galwegians on matchday one.

Suttonians are another side waiting on their first points of the season and they face Cooke this weekend. Cooke ran out 24-10 winners over Ballincollig last week while Suttonians fell to a heavy defeat at home to Blackrock. A win for both sides is vital , especially Suttonians who will be worrying following their first couple of games.

It’s second versus third in the final game of matchday three as Old Belvedere take on UL Bohemian at the UL Arena.  Belvo beat Malone 57-12 last week and beat Wicklow 63-0 the week before to emerge as one of the favourites to win the AIL this year UL Bohemians are tied on points with the Dublin side after victories over at home to Cooke and away to Galwegians. Both sides will be eager to maintain their 100% record to the season and fans will be in for a top of the table clash at the UL Arena this weekend.