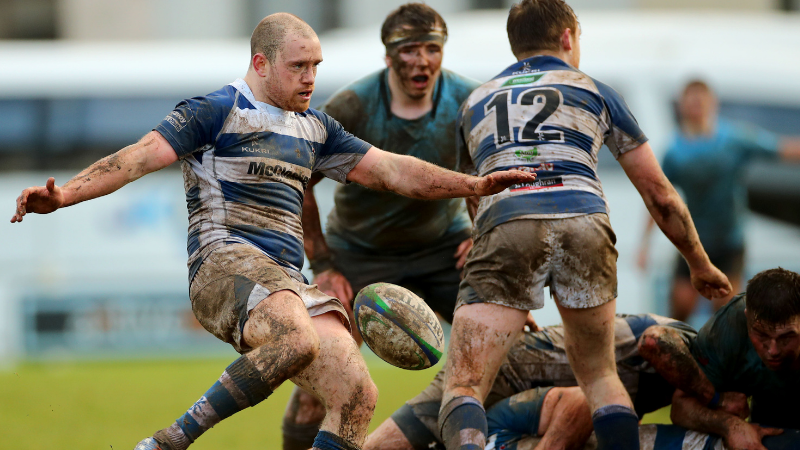 Its Matchday 2 this weekend in the Division 2B All Ireland League after a high scoring and very entertaining first week.

Ballina fell to a narrow 23-22 defeat away to Galwegians last week and will be hoping to get their first win of the campaign over Blackrock College this Saturday. The Dublin men travel to Heffernan Park after their well fought win over Galway Corinthians last week. Blackrock defeated the Connacht side 19-6 and a win today is vital to both sides heading into the business part of the campaign.

Belfast Harlequins travel to Corinthian Park on Saturday and will be hoping to continue their fine form after they beat Malahide 28-24 last week. Mark Glover, Eddie Gorrod and Jaz Andress were all on the scoresheet and Quins will be looking towards this trio again to breakdown the Galway Corinthians’ defence. Corinthians will be eager to get back to winning ways following last weeks’ defeat.

Dungannon host Sligo at Stevenson Park and Andrew Hughes will be looking for a reaction from his side after the big defeat they fell to at the hands of Greystones last Saturday. Winger Matthew Montgomery scored a fantastic intercept try but this was nothing more than a consolation during the 34-8 defeat.

Sligo beat Wanderers 25-17 last week and will be hoping to make it two wins from two. Daire Byrne, Gui Coghetto and Philip Carter scored Sligo’s tries and ten points from the boot of Euan Brown sealed the win.

Greystones make the short trip up the N11 to take on Malahide, who will be hoping to bounce back after their narrow defeat to Belfast Harlequins. Greystones are definitely the team to beat after week one as they ran out 34-8 winners over Dungannon at Dr. Hickey Park. Tries from Mark Myler, Ferdia Kenny, Killian Marmion, Eoin Marmion and Andrew Kealy secured the bons point victory for Paul Lennon’s side.

Wanderers face Galwegians at Merrion Road and they too are looking to get over that first game defeat. Galwegians narrowly beat Ballina in an entertaining clash and they will be hoping for more of the same when they travel to the capital. Wanderers fell to a 25-17 defeat at Hamilton Park last week but will be confident of getting their first win of the season in front of their home crowd on Saturday.