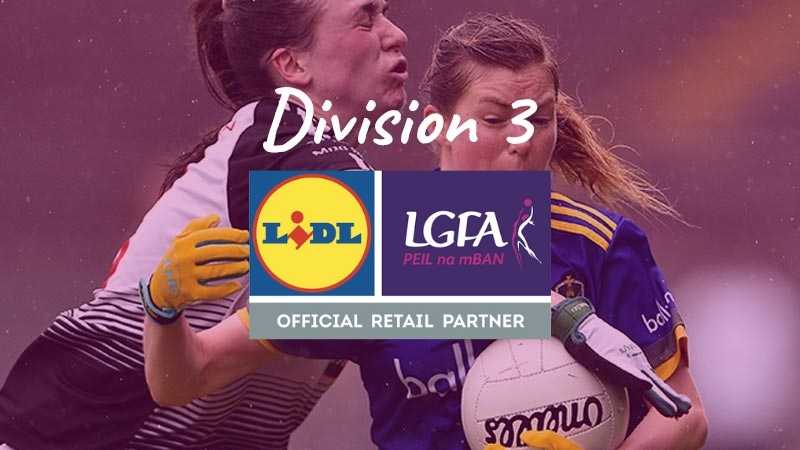 Kildare started life under new manager Diane O’Hora with a fine win over Down while Clare, who were relegated from Division 2 last year, signalled their intentions for the year with a comfortable win over Sligo.

Wexford overcame the concession of two early goals to claim victory over Offaly in their meeting at Enniscorthy. Last year’s beaten league finalist made a good start to the game but were hit by two Offaly goals.

A goal from Ciara Banville in the 18th minute restored Wexford’s lead. The sides were level as half-time approached but Wexford got a second goal through Ciara Donnelly. The lead was six points going in at the break.

Wexford opened up a 10 point lead in the 55th minute. Offaly hit over the last score of the game; an injury-time free.

Two goals from Laura Collins earned Louth a win over Longford in their opening league game at Darver. It was a winning start for new manager Kit Henry.

Longford held a narrow one point lead in the 21st minute but three points in a row saw the Wee County take a two point lead in at the break – 1-5 to 1-3.

Louth produced a fine display after the break and asserted their superiority. Collins grabbed her second goal in the 35th minute to extend her side’s lead to six points.

It was a winning start to the league for new Kildare manager Diane O’Hora. Roisin Byrne scored an early goal for the Lillywhites.

The lead was six points at half-time – 1-7 to 0-6. Down could only manage adding two points to their score in the second half.

Neasa Dooley and Ciara Price scored second half goals for Kildare as they claimed a comfortable win.

Relegated from Division 2 last year Clare signaled their intentions with a fine win over Sligo in their opening league game.

Lizzy Roche got the Banner County’s first goal after eight minutes had gone on the clock. Fidelma Marrinan grabbed a brace of goals as the Banner County held a 3-6 to 0-4 lead at half-time.

Clare didn’t let up with the scoring in the second half and kept the scoreboard ticking over. Sligo could only muster up one point. Sligo keeper Ellen Maguire pulled off a string of fine saves to keep the score down in the second half.