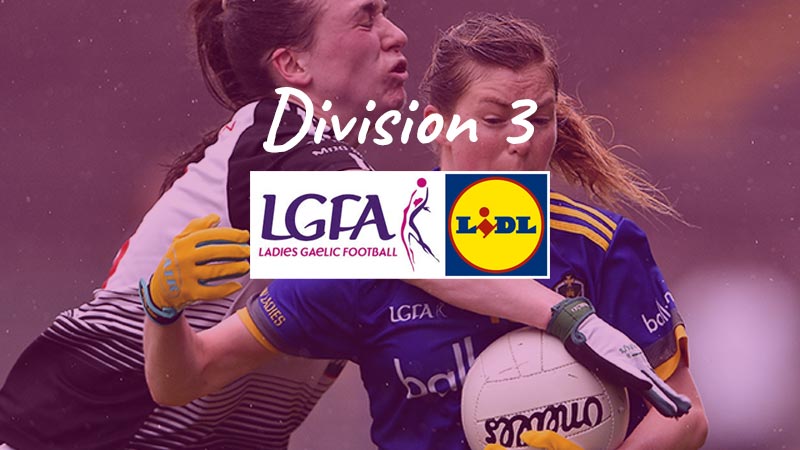 New Kildare manager Diane O’Hora starts her tenure with a visit of her former side Down, newly-promoted Offaly take on beaten Division 3 finalists in 2022 Wexford.

After the disappointment of being relegated from Division 2 last year, Clare will hope to bounce back this year by claiming the Division 3 title.

The Banner County put in a fine display in the Intermediate Championship; being beaten after extra-time by eventual winners Laois. They have so much potential in their side and will want to get off to a winning start in the league.

Two draws last year saw Sligo retain their Division 3 status. They had a poor championship campaign and dropped to the Junior ranks. They’ll want to start the league in a positive fashion.

Kildare have so much potential in their side and new manager Diane O’Hora will hope to win some silverware with the Lilywhites. Having coached the side last year the Mayo star knows the players very well.

The Lilywhites were beaten in the league semi-final last year by eventual winners Roscommon while they had a poor championship, by their standards. They’ll want to make amends this year.

Down made the final four of the league last year but were beaten by Wexford. The championship didn’t fare well for them and they dropped down to the Junior championship. They have talent in their side and it’s about getting the best out of their players.

Both sides have new managers in charge. Kit Henry is in charge of Louth while Alan Mullen is the man at the helm in Longford.

Henry has a mix of youth and experience in his side. They had to overcome Wicklow in the relegation play-off last year. The last time they met Longford they had a fine win over them in the 2021 Intermediate Championship.

Longford football got a huge boost when Longford Slashers won the All-Ireland Intermediate club title last month. Mullen will rely on a number of those players as he hopes to have a good league campaign with the Midlanders.

It was so near but yet so far last year for Wexford. They reached the Division 3 final, Leinster Intermediate final and All-Ireland final but lost all three. They want to build on those displays this year and go one better.

They have strong players all over the pitch and will be one of the favourites to claim the Division 3 title. A good start is a big help.

Offaly have talent and can cause trouble for most sides. They gained promotion from Division 4 last year with a fine win over Limerick. They’ll want to retain their Division 3 status first and then go from there.