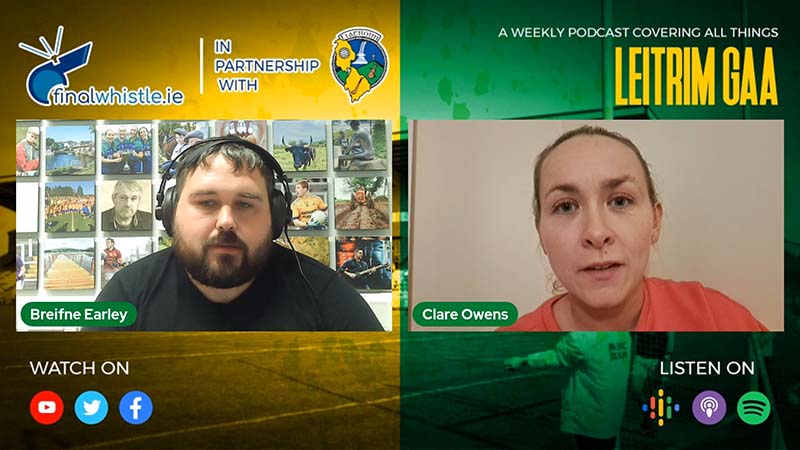 Leitrim Ladies Football Captain Clare Owens is about to embark on a new challenge, as she and many more GAA players are embarking on a trip to Africa in aid of Plant the Planet.

Later this month a group of Irish GAA stars and musicians will travel to Africa as part of a Warriors for Humanity campaign in aid of Self Help Africa. This group of GAA players will take part in the first All-Star game played in Africa as well as the first combined male & female GAA game.

Speaking to FinalWhistle.ie Owens talked about what the actual fundraiser is about and the importance of why they are doing it, the whole project is spearheaded by a man who tormented Leitrim for many years in Alan Kerins from Galway.

“Plant the Planet is the brainchild of Alan Kerins former Galway Hurler and Football and just general humanitarian I suppose you’d call him, he’s had this idea with quite a while and it’s finally coming to fruition obviously Covid put a stop to plenty of things around the world and this was one of them, the plan basically is for 50+ Hurlers Footballers and Camogie players from around the country to come together travel to Kenya and do our part in planting 1 million trees over in Kenya.

To assist with climate change we’re certainly not going to conquer or solve it but assist with it and also just to create an awareness of the sad reality that parts of the world are being affected by Climate Change that are the least responsible, there’s an awareness element to it as well as the physical and practical elements of planting the trees.”

The trip serves as a unique cultural exchange between Ireland and Kenya as both will share cultures while also having a hands-on role in planting trees to help support the communities by having long term income and supports, Owens is happy to be going over on the trip and explains the many elements that will happen while they visit.

“We leave on the morning of November 19th, nice early flight out of Dublin and we land into Nairobi and there’s three main elements to the trip, the main one being the planting of the trees but there will always be the first of its kind I think of a match where both male and female, like the trip is unique in itself because it’s been backed by the Gaelic Players Association who we know have from the get go and very recently have merged with the WGPA but also are as keen to facilitate and support female players around the country as they are of their male players who they have been doing for years and supporting.

But we are going to play a football match which will involve all of the players that are travelling on the trip, I can’t really tell you much about that I’ll maybe have to tell you when I come back but there’s also sort of a musical element to it so it’s very much we are trying to bring our culture and learn about there’s so there’s plenty of musicians travelling, there’s also plenty of players who play music and play football.

They’ll be two further elements to the trip but the main one will be the bulk of our trip will involve planting those trees and just working with the communities a little bit like it’s a more long term project than the planting of trees so we’ll just be doing what we can kinda over there while we can to help out and to sort of put things in place for a more long term income for families over there and just kinda getting stuck in like the project itself is Self Help Africia so we’re just really being hands and feet on the ground and bodies there to do what we can.”

Clare’s link for people to donate can be found here