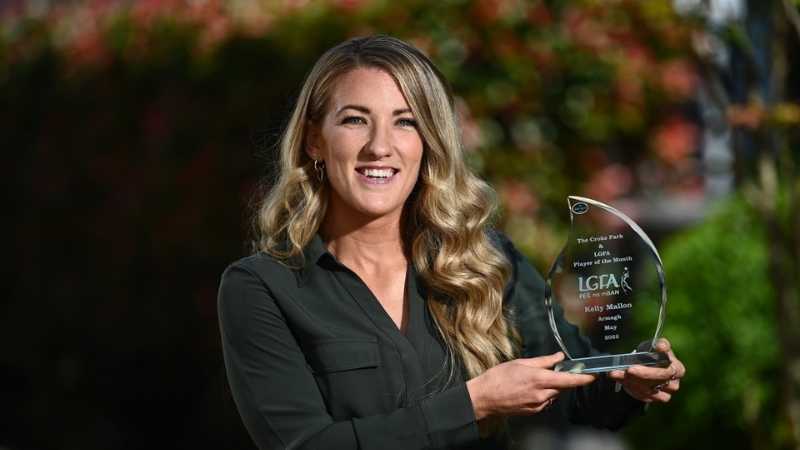 Armagh captain Kelly Mallon has been honoured with The Croke Park/LGFA Player of the Month award for May 2022.

The Armagh Harps player has been in excellent form for the Orchard County. She recently lifted the TG4 Ulster Senior trophy after defeating Donegal in the final at the end of last month.

Mallon who is 32, contributed a combined total of 3-10 across Armagh’s two games en route to provincial glory in May.

Mallon’s return to fitness and red-hot scoring form following injury troubles has been a massive fillip to Armagh. She scored 2-2 in the TG4 Ulster semi-final victory over Monaghan before contributing 1-8, including a late extra-time goal, in the Donegal win.

Armagh will look to secure a place in the quarter-finals when they play Monaghan on home soil at the Athletic Grounds next Saturday (2pm).

Kelly was presented with her award today by Edele O’Reilly, Director of Sales and Marketing, The Croke Park.