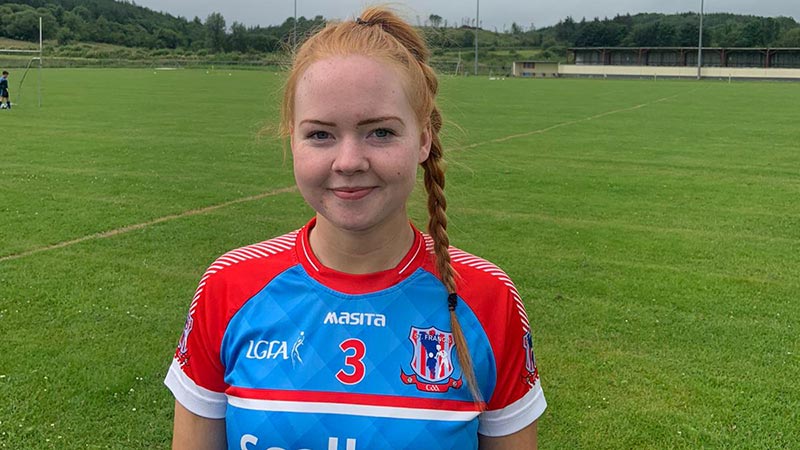 St. Francis recorded their first victory in this year's championship with a six point win over Mohill in a high scoring encounter played in Drumshanbo last Sunday morning.

Mohlll got off to the perfect start with a Kate McGuinness goal and even though Lauryn McKeon replied with a point for the home team, Mohill hit back with a second goal, this time Dearbhala Beirne running thirty metres before hammering the ball to the net.

Aine Flood with two points, one a free, kept her side in touch but Dearbhaile Beirne hit a point from play before Kate McGuinness stroked the loose ball to the net for her second and Mohills third to leave her side seven points ahead.

The next few scores were going to be vital and it was the home team who got them, first Ciara McTigue with a goal followed by points from Ailish Cornyn, Edel O’Donnell and Aine Flood, all from play and suddenly only a point between the teams.

A Charlene Tyrell point from play ended the first half scoring, Mohill going in two in front. The winners had the better start to the second half and an Ailish Cornyn goal from a penalty put her side in front with two Aine Flood points from play increasing their lead to three.

Another penalty, this time to Mohill, was expertly dispatched to the net by Dearbhaile Beirne to bring the teams level and when the same player added a point three minutes later, Mohill found themselves back in front again, but amazingly, that was to be their last score.

The winners took control and added a goal and four points, second half substitute Sadhbh Sweeney with a point, Cornyn adding three points and Aine Flood with a goal to give her side a six points victory.