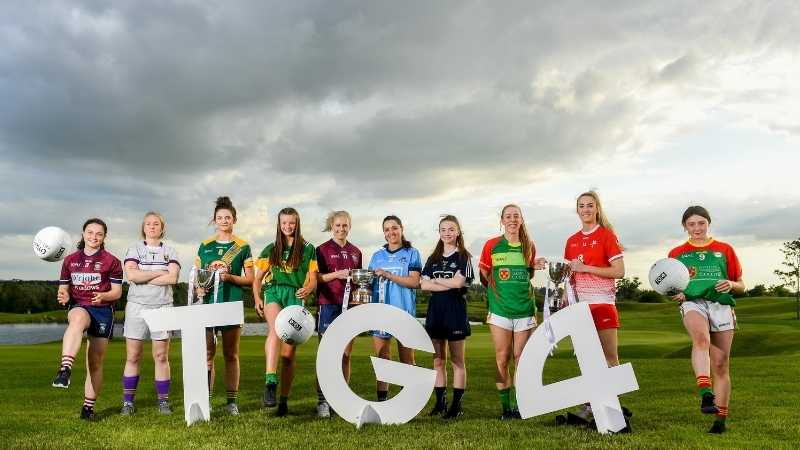 Championship fever hit Connacht and Leinster over the weekend, with the opening round of games in the Intermediate Championships in the respective provinces.

Connacht Intermediate Championship
Leitrim 2-12 Roscommon 1-10
Leitrim started the defence of their Connacht title with a five point away win over Roscommon in their opening game on Friday evening. Leitrim were ahead by five at the break 1-9 to 0-4.

Twice the Rossies cut the gap to one point in the second half but a second goal opened up a four point lead. Roscommon came to within two but three points in a row gave Leitrim the win.

Michelle Guckian top-scored for the winners with seven points, while Leah Fox and Laura O'Dowd grabbed a goal each for Leitrim.

Sligo v Clare - postponed
Clare's debut in the Connacht Championship will have to wait until next weekend, after their game with Sligo was postponed. It will take place at a future date too be confirmed.

Leinster Intermediate Championship
Longford 4-10 Carlow 1-9
A strong second half performance saw Longford start their championship campaign with a win but Carlow battled throughout. Longford were ahead by two at half-time 0-8 to 0-6.

Longford extended the lead to four before they were awarded a penalty which Michelle Farrell put away. Kamille Burke and Clodagh Lohan then added goals. Carlow scored their only goal from the penalty spot; Niamh Kelly on target. They lost Claire McDonagh through a yellow card before Emer Heaney scored Longford’s fourth goal near the end.

Kildare 5-8 Wexford 3-7
Neasa Dooley scored a hat-trick of goals as Kildare defeated Wexford by seven points in their opening championship game. A goal from Aisling Murphy in the 12th minute had given Wexford an early lead but Kildare replied with goals from Dooley (2) and Ciara Wheeler and held a 3-5 to 1-4 lead at the break.

Caitriona Murray grabbed a goal for Wexford in the 36th minute but that was cancelled out by a Lara Curran goal. Dooley wrapped up her hat-trick from the penalty spot in the 43rd minute.

Laois 2-5 Louth 2-2
A goal from Mo Nerney in the 52nd minute proved the difference as Laois defeated Louth in their first round clash in Dundalk.

Laois had just been reduced to 14; Jane Moore with a yellow card in the 49th minute. Louth finished the game with 14 players as Kate Flood was sin binned in stoppage time.

The Wee County made a great start to the game with Aoife Russell finding the back of the net in the third minute but that was their only score of the first half. Laois kicked over four points and Eva Galvin grabbed a goal. 1-1 from Rebecca Carr saw Louth draw level in the 47th minute but Nerney’s goal minutes later was the matchwinner for Laois.

Byrne scored her first goal in the 20th minute to give her side a four point lead. Wicklow cut the gap to the minimum in first half stoppage time before Byrne found the back of the net just before the break to give her side a 2-4 to 0-6 lead.

The second half was a low scoring affair. Ciara Walsh and Ellee McEvoy kicked over points for Offaly while Wicklow’s only point of the second half came in the 50th minute through Marie Kealy.