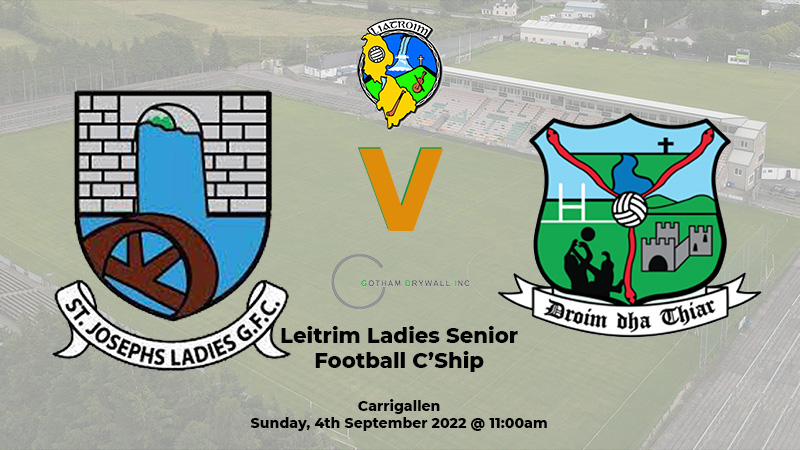 St Joseph's bagged eight goals to secure an empathic result to kick start their Championship season this morning, a strong showing as Dromahair could not contain their potent attack.

Kate Gormley on her first start for Joseph’s was impressive, scoring 1-5 from play while Bronagh O’Rourke was another catalyst, her free taking and ability from play, saw her notch 3-6 in a player of the match display.

Dromahair looked to be out of the contest by half time, trailing 2-10 to 1-5, they only registered two second half scores, unable at times to win their own kick outs as the hosts pounced for their chances.

It started well for the hosts, leading by three in the opening four minutes, before Sinead Kelly and Roisin Fowley made it a one point game by the tenth minute. Josephs would however extend their winning margin through Gormley before Carmel McGovern hit the back of the net, Jessie McManus popped up with a point to complete their quick succession of scores, 1-5 to 0-2 after 13 minutes.

Hannah Clancy goaled near the end of the opening quarter to reduce the deficit to three, it looked like Dromahair would use the momentum to come back, but the shots were quick to take control of proceedings.

McGovern notched her second goal with 15 minutes on the clock, despite two quick efforts from Dromahair they were immediately cancelled out by O’Rourke and McManus. Aine Heslin did well as a makeshift goalkeeper to save from Roisin Fowley, her save allowed them to go up the other end with O’Rourke firing their third into the back of the net.

They ended the half with a flurry three late scores giving them the edgel, 3-10 to 1-5, despite Folwey kicking an effort over it was a consolation on the overall reflection of the scoreboard.

Heslin was again doing well in net to thwart any sign of a second Dromahair goal, as the hosts started to pull further ahead, leading 3-14 to 1-5 after O’Rourke pointed a free after 43 minutes.

From the resulting kick out their next passages of play resulted in three goals, O’Rourke notched her second, before a second misplaced kick out in a row saw substitute Grainne O’Maley make it five, before a couple of seconds elapsed to see Gormley finish a great move for their sixth.

It took until the 47th minute for Dromahair to register their first score, Elaine Hamilton converting from a free. The scores would keep coming late on O’Maley kicked her second and their seventh goal after 51 minutes, seconds later O’Rourke completed her hat trick with their eight.

Eimear McHugh kicked the visitors second score of the half minutes from the end of normal time, as they never gave up despite what the scoreboard was saying, Joseph's fully deserving of their first win in the championship.