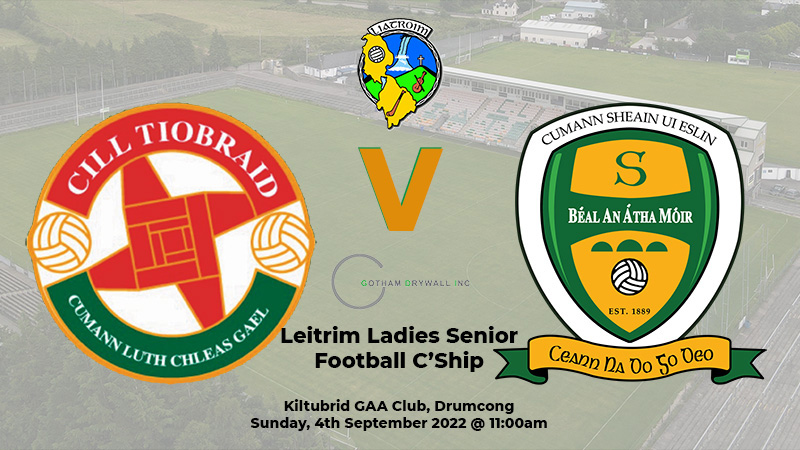 Lily Byrne's point at the end of normal time proved the match winner, as Sean O'Heslins secured a crucial victory this morning.

It looked like Kiltubrid were going to take the victory but 0-4 each by Byrne, Laura O’Dowd and Roisin McHugh, helped kick Ballinamore on their way, Michelle Guckian in great form for Kiltubrid but just not to be their day.

Leading 1-6 to 0-7 at the break Kiltubrid had the slender advantage, Aoibheann Flynn’s goal after three minutes in the second half changed the dynamic of the tie, as Heslins went on for victory.

Guckian started the tie for Kiltubrid with a converted free, Laura O’Dowd and Roisin McHugh kicked two quick points for a 0-2 to 0-1 lead after four minutes. Emma Guckian popped up a short while later to hit a shot into the back of the net, bringing momentum back to the Kiltubrid side.

Michelle Guckian kicked three points in succession from play to extend their lead out to five points, 1-4 to 0-2 by the 13th minute. Lauren Tivan kicked her only score of the tie minutes later, helping add to their advantage.

Byrne ended a 16 minute drought to score the third Heslins score from a dead ball, Guickan and O’Dowd exchanged points, before Ballinamore ended the half with three unanswered points to trail 1-6 to 0-7.

McHugh made it a one score game almost immediately from the restart, Guckian responded to keep the hosts ahead, but it was the strike by Aoibheann Flynn that finally gave Heslins the confidence to drive on.

McHugh O’Dowd and Niamh Donohue all added scores to give them a healthy 1-11 to 1-7 lead by the 41st minute mark, Guckian was on hand again to add another score but they just could not work chances to get their back closer, with Byrne leaving four between them at the end of the third quarter.

Kiltubrid began their comeback when Aisling McWeeney fired into the net leaving a single margin between them, McHugh and Emma Gukcian traded scores as the tie began to come alive.

Ellen Kenny levelled after 54 minutes, both teams pushed on late for the crucial score, it looked honours even byt Lily Byrne was the herp after 58 minutes, Kiltubrid failing to create a chance late on, Ballinamore with their first win of the season.