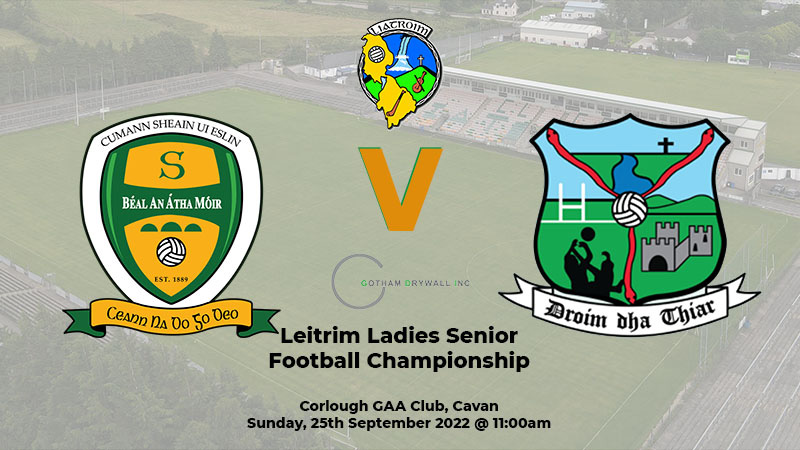 Ballinamore Sean O'Heslins will contest both the Senior A and B finals, after an empathic 17 point winning margin over Dromahair this afternoon.

Heslin's were quick and precise with scores and able to keep Dromahair on the back foot early, putting three goals away by the interval, the win never looked in doubt as they can now look forward to a chance at silverware.

Being clinical will win you games and their scoring stats reflected a strong showing in front of goal, Dromahair just were unable to deal with the relentless assault in attack and the Heslin's backline only conceded a handful from play.

Ahead 3-10 to 0-4 by the interval, it looked likely a cricket score could be on the cards, Ballinamore will pose a threat to Manor and Kiltubrid in their respective finals, their forward line full of scores when given the chance.

Roisin McHugh had the green flag raised seconds into the tie, their second goal came five minutes later when Laura O'Dowd made it 2-2 to no score.

Dromahair did reply as Roisin Kelly kicked over the blackspot for their score after eight minutes, however Megan McGovern and Laura O'Dowd both kicked their second points of the half, ahead 2-4 to 0-1 by the 10th minute.

Roisin Fowley made it eight between them with a free after 13 minutes, further scores however by Heslin's ended the opening quarter with a flurry 2-7 to 0-2.

Fowley and Grainne Moyles added points to make it a one-digit deficit by the 21st minute. Ballinamore finished strong in an emphatic opening half performance, Lily Byrne with their third goal from play after 26 minutes. O'Dowd, Byrne and Sarah McLoughlin rounded off the scoring for a 3-10 to 0-4 lead at half time.

Heslin's rarely took the foot of the gas in the second half, the opening quarter of scoring was spilt with three scores for either team, Ballinamore ahead 4-12 to 0-7 after Megan McGovern netted 11 minutes into the second half.

McHugh and McGovern added points midway through the half as Dromahair just could not answer the scoring deficit, Fowley and Brigid O'Reilly would add late points, but Heslin's never looked like squandering a healthy advantage.