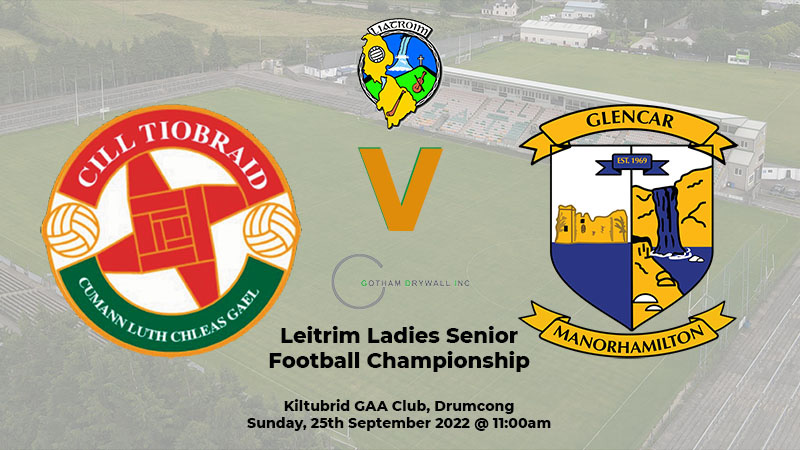 Manor came from eight points down to defeat a spirited Kiltubrid side thanks to a hat-trick from the talismanic Muireann Devaney. It was five wins for five for the reigning champions who had already secured their place in the final.

Devaney scored her first goal from the penalty spot in the 28th minute after she was fouled. Her second goal came in the 37th minute and her third in the 55th minute put Manor ahead for the first time and they were able to hold on to that lead.

It was an entertaining contest played by two very competitive teams. Early points were traded before Killtubrid took control of the game. Aine Redican was very much to the fore. She scored two points and set up a number of scores. Michelle Guckian kicked over five points in the opening half as the home side dominated proceedings.

Manor struggled to get scores as Kiltubrid defended well. A fine move in the 25th minute involving Redican and Guckian saw Kiltubrid open up an eight point lead. Two minutes before the break Devaney was fouled and put away the penalty to leave five between them - 0-9 to 1-1.

A neat point from Aoife McWeeney in the 36th minute saw Kiltubrid go six ahead but a quick free played to Devaney saw her grab her and her side’s second goal. Guckian kicked over two points as Kiltubrid held a two point in the 51st minute.

A free from Devaney in the 54th minute cut the gap to just one point. Momentum was with Manor now. They put pressure on the kick-out and this yielded their third goal with Devaney shooting low to the net. It put them ahead by two points.

Kiltubrid tried to get back into the game. Guckian kicked over another free. She won possession minutes later, her effort hit the post and was finished to the net but there had been a foul on Manor keeper Michelle McNulty and the goal was disallowed.

Manor used their experience in the final minutes as they were able to hold onto possession and see out the game.