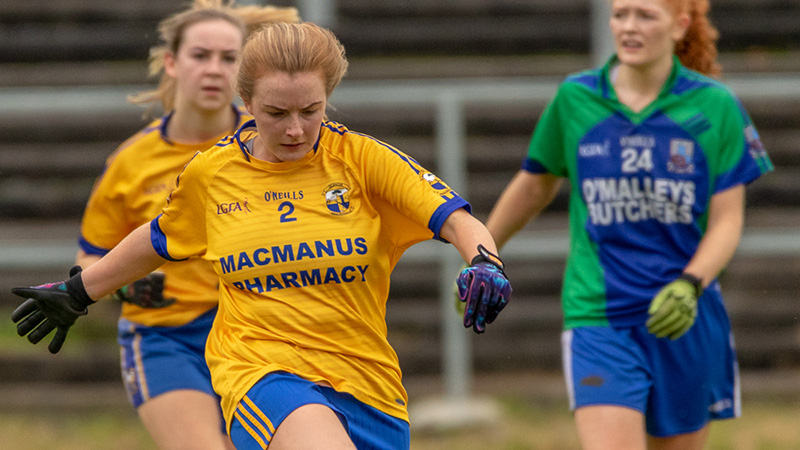 There's big games across all three championships this weekend as we should see a clearer picture of both the Senior A and B championships following the matches tomorrow morning. All games at 11:00am unless otherwise stated.

St. Joseph's will be looking for revenge after their defeat to Glencar-Manor in last years final. Having already lost to Kiltubrid too, they have the added incentive of needing to win this one.

A loss with results going against them could see Joseph's slip into a relegation battle, so there's a lot on the line here. It will be a tough one, as Manor have enough firepower up front to see them over the line. It tends to be tight between these two however so expect a good contest.

This is probably the the most fascinating matchup of all the championship matches this weekend. Following defeat to Kiltubrid, St. Francis are in the business of picking up the pieces.

Their performance in recent weeks however has surprised people and they are definitely capable of making it difficult for the hosts here. Victory for Sean O'Heslins on the other guarantees safe passage into the Senior B final, with Kiltubrid their most likely opponents, which is also the case for the visitors.

Ballinamore will call on their core in the centre to recover from last week when they were upset by St. Joseph's. They'll also need to see improvement from their forwards if they are to make the final and potentially gain promotion.

Dromahair have had a tough welcome to the senior grade, losing their last three games. They now require wins against Kiltubrid and/or Sean O'Heslins to secure their status for next year.

They ran St. Francis close in their first match and could spring a surprise in either of their last two games. However, they are up against it on both occasions.

Although the results aren't falling their way, performances are suggesting they can potentially get at least one win. Given their head to head record against St. Francis, they'll need all they can muster in both games. They'll be calling on their blend of youth and experience in attack to pull off the great escape.

Fenagh have struggled at this level and failed to fulfil a fixture in Round 2 after a heavy defeat to Mary's in the opening weekend. Brigid's on the other hand are eager to get more points on the board and edge closer to the top seeded position.

Given the way the results have gone, a Brigid's win would set up a final week clash with Mary's that would likely be a final preview. They'll enter this one as hot favourites, believing a win is inevitable.

Drumkeeran will look to pile pressure on their opponents Sunday as they look to secure a higher finish than they did last year. This would also consolidate their place in the inter grade for another season.

Mohill on the other hand have had a disappointing start to the season with defeats to both St. Mary's and St. Brigid's, leaving them in joint third place with Fenagh. After this one they'll face Fenagh, hoping to put themselves into a semi final.

Whether they can challenge Brigid's or Mary's is another thing, but for now they need a win on the board. A big display against Drumkeeran would go a long way toward showing they're still capable of challenging.

Both teams enter this one top of the table unbeaten with two victories apiece. At an early stage, it's already a very interesting game.

Keeldra Gaels are still reeling following relegation last year and are hoping to show they're intent on going straight back up. Both teams are already guaranteed a semi final but will be hoping to gain a favourable seeding an avoid Annaduff.

It can still be considered a potential final preview however. Both teams will be hoping to lay down a marker of intent, so this could be fascinating.