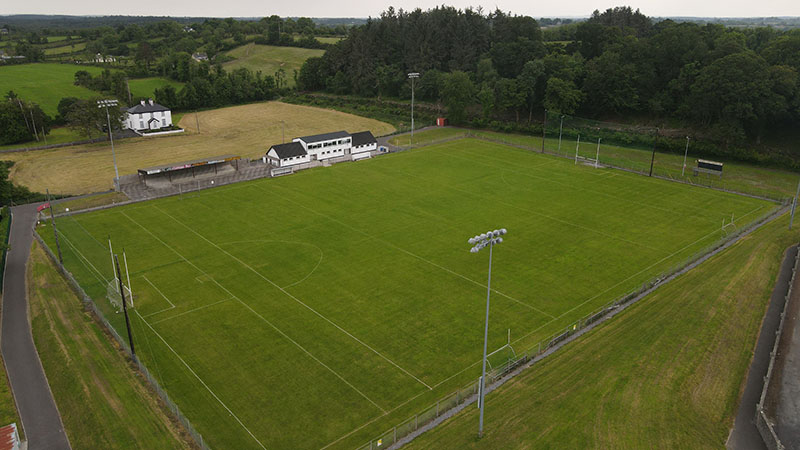 The Ward sisters, Alanna and Shaylyn combined to fire Keeldra to victory in their opening Leitrim Ladies Junior Championship clash with St. Brigid's played under lights at Cloone this evening.

St. Brigid's reserves had given a good account of themselves in the opening round of games against Leitrim Gaels last weekend and they got off to a bright start with two points from Chloe Harvey in the opening minutes before the home side cancelled out those early scores with Alanna and Shaylyn Ward finding the target just a minute later.

The two sides would swap scores as Keeldra looked to move ahead of their visitors despite Jacinta Maguire raising a green flag early in the first half for St. Brigid's.

Alanna Ward finding the back of the net twice before Dearbhla Gunn and Louise Gallagher hit two quickfire goals on twenty minutes to drag the visitors back into contention with a two point lead for Brigid's.

It was all about the Cloone & Gortletteragh girls from there though as they continued with an impressive scoring feat, Alanna Ward completed her hat-trick with scores from Shaylyn and Nicole Lennon also keeping the umpires busy until the break with the home side leading by five points.

Brigid's rang the changes at the interval giving their substititutes an opportunity to get some game time and any discussion about the result was put beyond doubt when Alanna Ward hit her fourth major in the opening minute of the second half.

After nine individual points later she added her fifth goal of the game with Tara Davis, Shaylyn Ward (3) Laoise McGirl, Saoirse Davis and Niamh Brennan contributing alongside two of her own efforts in the intervening period.

Louise Gallagher and Jacinta Maguire (2) would pull some scores back for Brigid's late on with Tara and Saoirse Davis adding their own scores for Keeldra but a solid start for Keeldra in their Junior Championship campaign.