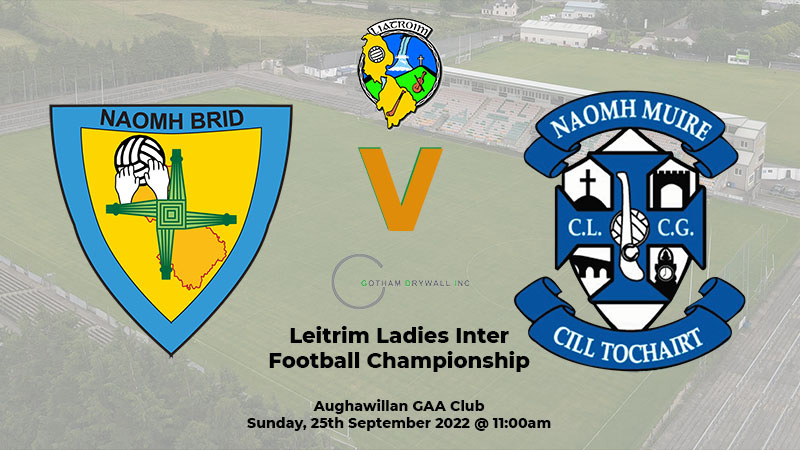 St Mary's look like real championship contenders as they recorded a fourth successive win in the Intermediate grade, a narrow victory over second placed St Brigid's.

We may see a repeat of this tie in the Intermediate final, the two are very hard to separate, Sarah Reynolds goal was key in securing the win for St Mary's.

Reynolds was key scoring 1-2, Aisling Leahy also was clinical in getting scores to see them remain in control, it was a slow starter, but Mary’s managed the tie smartly and when it came to taking the chance, they answered the call.

Bridgid battled back but were chasing the tie for the majority, lessons will be learnt for sure as they meet Mohill in the semi-final, looking to add some silverware this season.

Momentum stuck with Mary’s once they could take the lead, Brigid’s unable to break them down in attack and work a goal of their own, except a different mentality from the host's should they topple Mohill in the other semi-final.

Scores were hard to come by early, taking ten minutes to elapse before Mary McKeon put Bridgid's a point ahead.

Mary's levelled the tie shortly after before Reynolds finished well to the net to end the opening quarter as St Mary's lead 1-1 to 0-1.

McKeon added her second to keep Brigid's two behind, but Mary's finished the half well leading 1-4 to 0-4 at half time, Aisling Leahy and Tara Fitzpatrick exchanged scores before the end of normal time, Carla Le Guen and Sarah Reynolds both added scores in added on time.

Mary's continued to add to their scoreline four minutes into the second half with Leahy kicking over her second of the day. It would get better for them as Kasey Bruen came up to notch her first of the day, before Leahy added another after 48 minutes, 1-7 to 0-4.

Le Guen replied with two points to cut the deficit, but the dangerous Reynolds sent over her second point of the game five minutes from time.

The visitors saw out the tie for the remaining minutes, plenty of confidence on their end going into a semi-final showdown with Drumkeerin, it will take a lot for someone to knock them off their perch in the Intermediate grade.