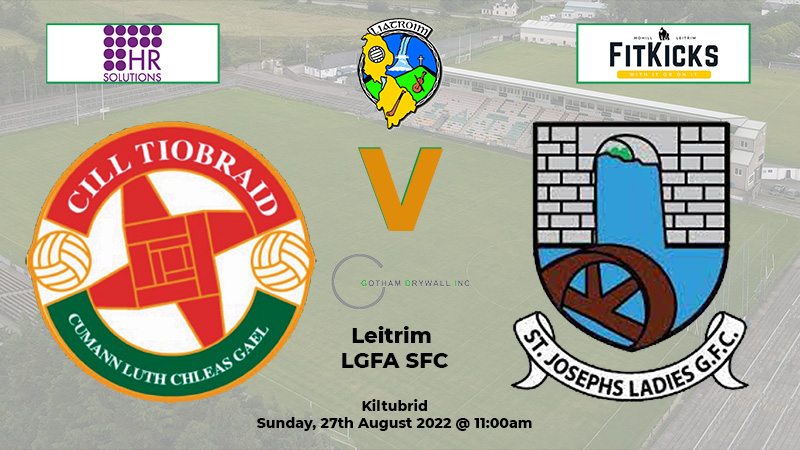 A classic championship tug-of-war clash emerged in Kiltubrid on Sunday morning with the hosts getting some level of revenge for their Senior 'B' Semi Final defeat last season over St. Joseph's with a free scoring encounter between the sides for their first game of the championship season.

Kiltubrid were in control of the game for the most part opening a five point lead after just seven minutes with two Michelle Guckian points sandwiching an Emma Guckian goal before Bronagh O'Rourke would get her side's first score of the game.

All three would feature heavily on the scoresheet throughout as a pattern emerged of the Drumcong side opening a slight gap on the scoreboard before being pulled back by the Senior 'B' Champions.

A goal from Michelle Heslin mid way through the half would draw the sides back to level terms for the first time during the game, Heslin next cancelled out Aisling McWeeney's point before a point from Aine Redican and a goal from Aoife McWeeney would open up another decent gap between the sides.

The final five minutes of the first half was all about the visitors though as two points from O'Rourke and a first half injury time St. Joseph's goal from Aine Heslin would leave Joe's a single point ahead at the interval.

If the first half was exciting the early exchanges of the second would raise the tension even more. Two early points from Emma Guckian and Niamh Tighe turned the game in their favour before Emma Guckian seemed to firmly put the momentum back in Kiltubrid's direction with a goal just two minutes into the second half.

Carmel McGovern wasn't reading from the same script and just a moment later she had the ball in the back of the net to put the minimum between the sides again.

But Michelle Guckian, so often the match winner for club and county, delivered what would turn out to be the fatal blow for her side with 1-2 in five minutes to put seven points between the two sides with twenty minutes left on the clock.

St. Joseph's did respond never gave up fighting, both sides traded scores mainly through Guckian and O'Rourke, but the away side weren't able to pull Kiltubrid back in on the scoreboard for a third time with Kiltubrid securing a vital win in their championship campaign and giving St. Joseph's a mountain to climb in order to reach the Senior Final later this year.