St. Mary’s too strong for Mohill in IFC Round 1 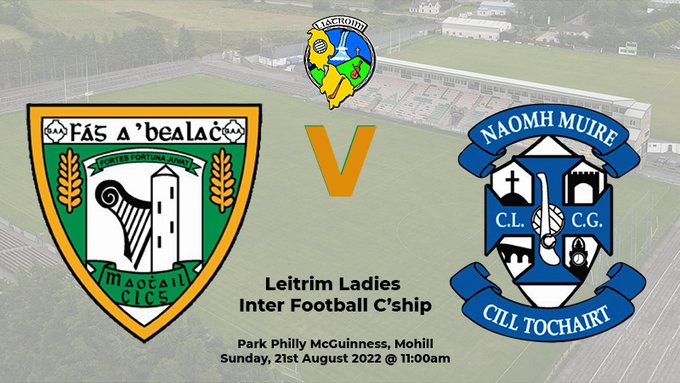 First half goals from Aisling Leahy (two) and Roisin Kelleher laid the foundations for this fine win for St. Mary’s in the opening game of the Ladies Intermediate Championship.

Sarah Boyle scored a goal from a free for Mohill early in the second half but Kate McGuinness was unlucky to see her penalty go inches wide minutes later. Mary’s were able to keep the scoreboard ticking over and Mohill just couldn’t close the gap.

Caoimhe Canning opened the scoring in the second minute with a point before Kelleher was fouled two minutes later and Leahy put away the penalty. In the 11th minute Aisling Reynolds set Kelleher up for her side’s second goal.

Down the other end Katelyn Ellis’s effort came off the post while they missed a number of frees. They were punished for those wides in the 14th minute when Leahy scored her second goal and her side’s third.

Three points in a row saw Mohill cut the gap to seven in the 20th minute but Mary’s replied with Reynolds, Kelleher and Leahy (two) all kicking over points to leave the score at half-time 0-05 to 3-06 in favour of the visitors.

Reynolds, who had a fine game throughout, kicked over a good point inside the opening minute of the second half. Sarah Boyle’s free two minutes later eluded everyone and ended up in the back of the net. They had a chance to cut the deficit further minutes later but Kate McGuinness’s penalty just went narrowly wide.

Mohill substitute Niamh Beirne scored a fine point in the 46th minute but that was cancelled out by a good Reynolds effort for Mary’s. The gap was eight in the 52nd minute but try as they might Mohill just couldn’t get another goal.

Down the other end, Reynolds brought a fine save out of Mohill keeper Clodagh Tighe in the 53rd minute. Saorise McWeeney got a fine point for her side in stoppage time but Reynolds sealed an excellent win for Mary’s when she fired to the net for her side’s fourth goal right at the end.