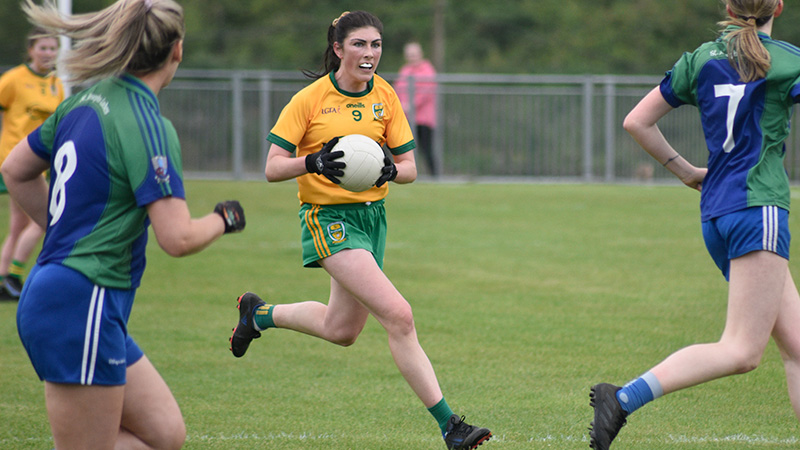 The final round of group games in the Leitrim Ladies Championships throws up a number of interesting match ups across the county. All three senior games in particular carry significance with Kiltubrid, Ballinamore and St. Joseph's all chasing the right to meet Glencar / Manor in the final.

Glencar-Manor come into this one in the luxurious position of having already secured themselves a final place. Kiltubrid will have to avoid defeat in this one if they are to secure their place in the A decider also.

They've had some good results, but that group stage defeat to Ballinamore two weeks ago could cost them dearly if certain results don't go their way. Currently, they're one win ahead of both Ballinamore and St. Joseph's on the league table, but a defeat here would give those two the opportunity to leapfrog them.

Manor ran up a big score last week against St. Joseph's, a continuation of their good form all year and they'll be tough a tough task for Kiltubrid. The Championship holders have plenty of experience of edging tight games at this stage of the championship in recent years. Kiltubrid's youngster have started to mature this season and will have their day in the sun alongside their long serving stalwarts but this year might just be a step too far for the Drumcong side.

Manor will be favourites, but last week aside have been quite as formidable as last season so this tie will be tighter than it has in recent year's. Although their participation in the final is sealed, there's no way Manor will be taking their foot off the gas.

Ballinamore have the chance to put themselves into second place and qualification for the A final with a win here and a Kiltubrid loss. They'll be expecting a win against the reigning inter champions.

Dromahair have found life in the top flight tough so far this season, having failed to register a positive result at this level yet. This is likely to be another tough game en-route to a likely relegation playoff against St. Francis.

Sean O'Heslins will back themselves due to their firepower spread across their entire forward unit which should see them to victory. On top of that, most observers will back the scoring difference work in their favour in the event of a tie on points between themselves, Kiltubrid and / or Joseph's to create a repeat of the 2020 senior final. Expect a statement of intent in this one from Ballinamore.

Joseph's are reeling from a heavy defeat to Glencar, but they were unlucky with some injuries to key players in the build up. It will have significantly damaged their championship hopes, however with points difference their only hope of reaching a final this year.

Their reward for winning the Senior B championship last year is that they must finish in the top two to continue their season. They need to bridge the gap in the scoring difference also, that currently sits at 23 points, Kiltubrid must lose and the scoring different increases with the addition of any winning margin Ballinamore might manage in their game. A tall order to say the least.

St. Francis have struggled this season, particularly in last Sunday's clash with Sean O'Heslins, but there were enough bright sparks in their clash with champions Glencar Manor to show that they have the potential to really develop into a decent side, but it will take time. They're most likely to face Dromahair in a playoff for Senior survival.

All eyes turn to Aughawillan on Sunday for this top of the table clash. Both sides are competing for the top spot and top seeding, in could be a potential county final preview.

Mary's hold the upper hand on points difference going into the last round of games, so Brigid's have to win to claim top spot and avoid what would be a tough semi final match against Mohill. In fact, Mohill face whoever loses this clash in their semi-final.

Mary's have been solid without being completely impressive in their performances so far and will have to raise their game for what will be their toughest game all season. Avoid defeat, and they leave Brigid's face to face the 2020 Champions who are determined to return to the senior grade.

Fenagh have been struggling this season with numbers tight for the Junior Champions of last year. Mohill will be expected to take the full points here. They will still fancy a shot at the inter title.

Mohill have a small but impressive squad list of players but have struggled to get a genuinely good team performance this season. Nicole Higgins and Emma Quinn have been solid in defence while around the midfield Denise Stenson, Deirdre Ward and Charleen Tyrrell provide a real solid core to the team.

Up front while livewire Dearbhaile Beirne might get most attention from opposing sides Sarah Boyle has been contributing on the scoreboard. They know what it takes to go the distance at this level and don't be surprised to see them put it up to the top seeded sides in the knock out stages.

Fenagh are likely to struggle and Mohill also have the added motivation of showing that their defeats to Mary's and Brigid's were anomalies. Expect a serious statement of intent from the hosts.

Keeldra have been, quite frankly, ruthless to their opponents all year and are already all but guaranteed top spot in the table with the firepower of Alannah and Shaylyn Ward hitting some impressive individual score tallies.

Annaduff to have the firepower to compete with Keeldra with their own star attacking duo of Vivienne Egan and Chloe Dolan, but a loss here for Annaduff would most likely put them on a collision course with the same opponents in the semi finals. A win would secure them at least third place, leaving them unlikely to face Keeldra.

New girls, Leitrim Gaels have been a mixed bag so far, as you would expect for a side just feeling their way into adult football, two great wins saw them crashing back down to earth with a heavy defeat to Keeldra. Manor will look to repeat Keeldra's feet and exploit any weaknesses in the Gaels defence.

Manor will go in as favourites, with a win potentially relegating the Gaels to 4th place in the table, pending the result in the other game. The North Leitrim side also have another match against Brigid's to come in a week's time, but any positive result this weekend guarantees their place in the semi finals, regardless of the Brigid's result.

Across all competitions the final round will see some big outcomes decided this week, as the knockout picture will take place approaching lunchtime on Sunday.

As usual we will have live commentary of all senior games on the FinalWhistle.ie platform.