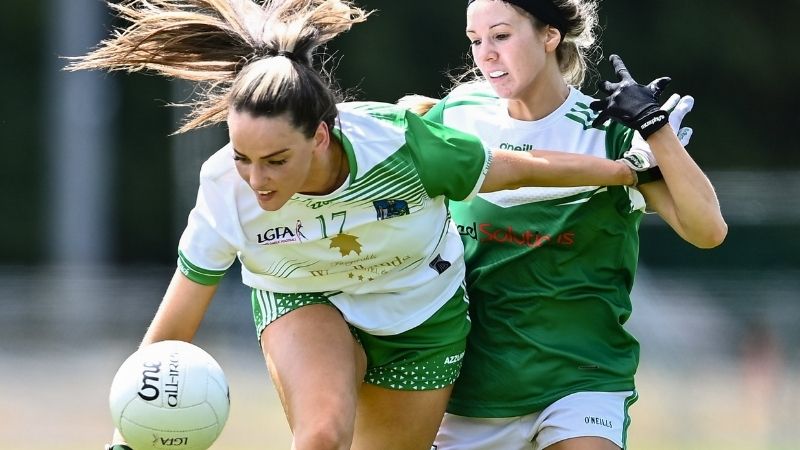 Eimear Smyth led Fermanagh’s charge back into the TG4 All-Ireland Junior Championship Final as her 3-7 contribution was significant in their victory over Limerick in Kiltoom.

The 2020 TG4 Player of the Year was joined by Bláithín Bogue, Laura Grew (two) and Cliodhna McElroy as the Ernesiders overturned an early six-point deficit to finally book a ticket to Croke Park, after missing their chance two years ago.

Limerick made a strong start with four scores inside as many minutes. Mairead Kavanagh and Caitriona Davis pointed before the former finished off a rebound after Amy Ryan hit the post. Cathy Mee then made it 1-3 to 0-0.

Sarah Britton got Fermanagh off the mark on six minutes before Mee responded. Three minutes later, Smyth opened her account before a free left it 1-4 to 0-3.

Iris Kennelly converted for Limerick on 13 minutes but they wouldn’t score again for a quarter of an hour. Bláithín Bogue finished to the net for Fermanagh following good work from Britton and Cliodhna McElroy.

Smyth added two more points and Grew got Fermanagh’s second goal on 25 minutes. Limerick had been denied by the crossbar and a Roisin Gleeson sae from Lauren Ryan. The pressure was telling at the other end as Bogue won a penalty and Smyth made no mistake, for a 3-5 to 1-5 lead.

The Shannonsiders needed a response and captain Roisin Ambrose ran right through the centre before offloading to Kenneally who got Limerick’s second goal. Mee’s free reduced arrears but Smyth in response left it 3-6 to 2-6 to Fermanagh at half-time.

Davis and Kennelly brought Limerick back to within one after the restart but they lost Leah Coughlan to a yellow card. Fermanagh were getting chances but hit five wides and it took McElroy on 43 minutes to get their next score with their fourth goal.

Smyth got her second goal 60 seconds later before two more Smyth scores made it 5-8 to 2-8. Limerick didn’t relent and struck 1-2 unanswered through Katie Heelan and 1-1 for Kavanagh to bring them back to within four but Grew’s second goal settled it for the Ulster finalists.

O’Brien made it 6-9 to 3-10 before Limerick replied through Mee and Kennelly. Smyth completed her hat-trick in injury time to send Fermanagh to Croke Park as the Munster outfit will rue hitting the woodwork four times.