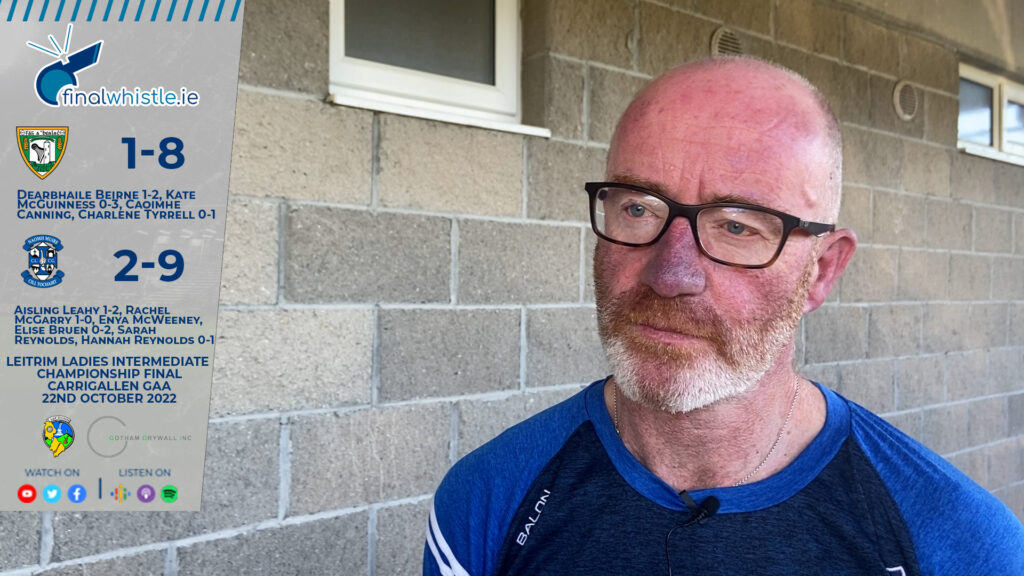 St. Mary’s Kiltoghert manager Declan Bohan believes this weekends inter triumph was something his side had been building towards for a few years.

Speaking to finalwhistle.ie on Sunday, 24 hours after his sides victory against Mohill, Bohan stated how pleased he was given the expectations the Carrick side had set themselves following a brilliant season.

“There was a lot of pressure attached to us because of the championship and league we had, where we went through the entire campaign unbeaten. We were favourites and delivered on that, but it proved challenging.

“Because of the way the weather changed, the conditions weren’t anything near like what we’d have prepared in or trained in or played any of our games in, and that was a challenge. But still, really pleased that they stood up to the plate and they soaked up everything that Mohill threw at them and delivered at the final whistle.”

The occasion was big for Mary’s given that it’s twelve months since they finished as inter runners up to St. Patrick’s Dromahair. For a side that has improved steadily over the years, it was important to have all that work culminate itself in a championship.

“I suppose we’ve been knocking on the door for the last four years. Won the Junior Championship in 2017 and contested three intermediate semi-finals in a row, funnily enough with Mohill as it turned out in 18′, 19′, and 20′. Then the final last year obviously against against Dromahair didn’t go our way, so it was incremental.

“You can see the incremental improvements coming in the girls. A lot of younger girls that have come up through the under 16 ranks and through minor ranks are getting more mature and stronger, and maybe stronger than they actually even believe themselves. That’s why it was so important at this stage to win the Intermediate Championship. The time was now to deliver and and thankfully we have delivered that and they can look forward now to building on that.”

Of course, the gap that can exist between the two grades was seen this year in how Dromahair struggled at senior level this year. Bohan believes that his side however are in a good position to continue to improve.

“I think we’re in a good position. As I said, the younger players that are coming into this grade are getting more mature, they’re getting stronger physically, they’ve worked really hard this year. To be honest with you, they worked harder I’d say than they’ve ever worked before because we knew it was going to take that to deliver and the challenge now going into 2023 is to build on that, to improve.

“They will get stronger, they’ll be getting even more mature next year and they’ll need all of that to compete at senior level, but I I think that they’re looking forward to this. This is what they wanted to achieve, to test themselves at the highest level and they’ve reached it there now, so that’s the challenge going into the future.”

The win Saturday capped off a perfect season for the Carrick side. Struggles at senior level are a fair concern, but for now they’ve demonstrated that they’re above the inter level.

They now look ahead to the provincial championship next week, where they’ll play Galway Champions Naomh Mhuire in Salthill. Naomh Mhuire were crowned Galway Intermediate champions last week following a 2-9 to 0-12 victory over Annaghdown in Tuam stadium last week.