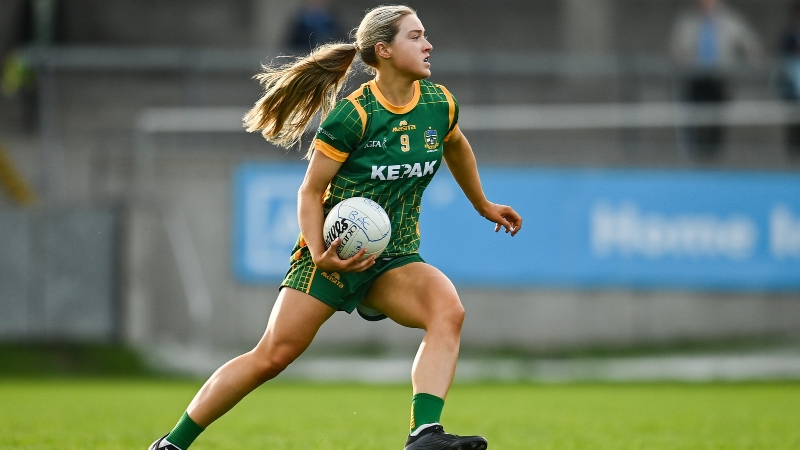 AFLW side Fremantle have signed Meath footballer Orlagh Lally as a rookie ahead of season 7 in Australia.

Lally was part of a Meath side who won the All-Ireland title last year at Croke Park, defeating rivals Dublin, who were bidding for five-in-a-row. She was an All-Star nominee in Meath’s maiden Championship win, in front of 32,000 spectators at GAA HQ.

Dubbed a ‘strong and athletic player in the Irish game’, Senior Coach Trent Cooper believes Lally has the ability to play across all three lines and boasts a huge amount of upside by transitioning to the NAB AFL Women’s Competition at the age of 20.

Cooper went on to say:

“We’re really excited to get Orlagh on board, when word came that she was interested in pursuing an AFLW career, we jumped on that straight away.

“She’s very young to be making the move at 20 years of age but she’s got a good head on her shoulders and is looking forward to the challenge of coming across.

Lally has already had the chance to meet up with fellow Irish-Docker Aine Tighe, with the pair having a kick of the footy and Lally impressing with the oval ball.

“Orlagh’s already done some AFLW training and she kicks the ball better than any Irish player I’ve seen at that stage.”

Lally came up trumps for her county again as her goal proved decisive in sending Meath through to the quarter-finals of the All-Ireland. Lally will see the Championship out with Meath before making the move to Australia, a move she can’t wait to make.

“I’m really looking forward to it. It’s a great opportunity and a bit of a new adventure as well,” Lally said.

“I’ve heard great stories about Australia and it was really nice to get to know Aine and put a face to the name. She told me how great it is over at Fremantle and in Perth. It added an extra bit of excitement and reassurance as well knowing that you have someone from home over there as well.”

While there’s less physical contact in Gaelic Football compared to the AFLW, Lally is confident she can make the step up.

“I feel my physicality has been a strength,” Lally said.

Fremantle will finalise their list next week at the NAB AFLW Draft on 29 June.