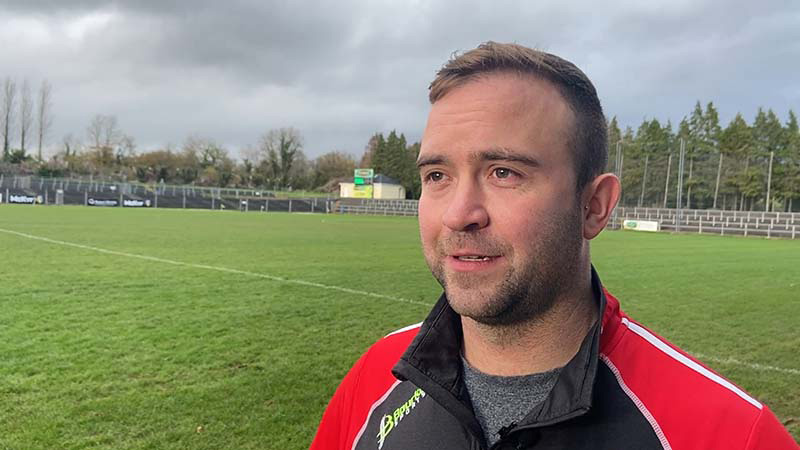 Speaking to FinalWhistle.ie after the game, Ward spoke about how he never felt 100% throughout the nail biting County Final, especially with all of the late drama as Carrick snatched it at the death.

“I’m still shaking, I feel a little bit sick after it, all game I was worried sick.”

Carrick were trailing by four points in the final five minutes before Diarmuid kelleher and Clement Cunniffe had it as a two point game as we headed for time added on, Peter Poniard was exceptional for Cluainín Iomáint as he denied Enda Moreton a late goal with a great save.

It would be the other other Moreton that had the final say, as Colm Moreton assisted by his two brothers in the build up, found the net with the last puck of the game, Ward believes it was the correct decision by his forward to have gone for it, but the luck was on their side.

“Luck of the draw, very very lucky, three Moretons were involved in the play, nine times out of ten youd miss that.

I think he would have been bottled up if he caught it, his instincts just literally pull, rebound, volley, goal. Peter Poniard was exceptional other than that.”

It is traditional; that the hurling final is always a dramatic tight encounter between these two sides, the same winning margin has decided the last two finals as Carrick lost last year’s decider, since 2019, they won that year’s by two points and the 2020 final was a three-point win, Ward says the ties as always, a close-knit affair regardless of prep work ahead of the decider.

Having been looked upon to lead the team this year, Ward says he was never to be named manager as he looked to be amongst the playing panel, having taken on roles within the team including babysitting duty as Liam Moreton got married 48 hours before the final.

Next up for Carrick is the Connacht Hurling Championship as they travel to meet Easkey of Sligo, Ward believes the game will be tough as the oppinments as strong, but their prep will be aided by not having another big event just before the clash,

“Next weekend, I think it’s Easkey, it’s a home advantage for Easkey, they’re going to be strong they always are, who knows we’ve no wedding next weekend.”