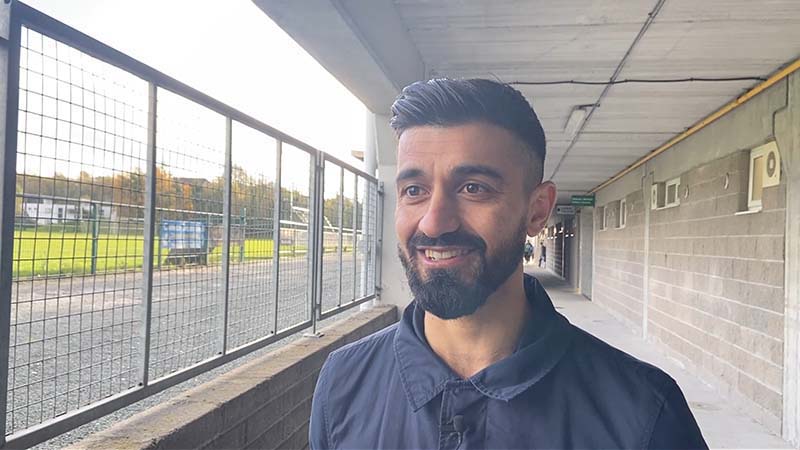 Former Leitrim and Carrick Hurling player Zak Moradi watched on from the stands, as his club recorded a fourth county hurling title in five years, Moradi says he enjoyed the game but despite being a Carrick man he felt they stole it on the day.

Speaking to FinalWhistle.ie after the game, Moradi is now based in Dublin but travels down to watch his former club in action, a tight game that could have gone both ways, he believes that Carrick committed daylight robbery to win the title in Pairc Sean.

“It was a great game of hurling and to be fair the ref let the game flow and you know Id say he blew the whistle about three times the whole game, it was a great game of hurling, lot of physicality in it and id say it was a daylight robbery by Carrick Hurling, I know I’m a Carrick man but Manor were the better team and Manor deserved to win this but unfortunately as Brian Cody says nine points in hurling, is nothing in a hurling game it might be in football but not in hurling, the ball moves so fast you can get three goals in two minutes.

And it kinda showed out there when Manor were four of five points up with only about four minutes left and Carrick just kept going and took their scores and you know obviously in the last five seconds Colm Moreton’s goal, you know serious goal I was just slagging him off there that he didn’t touch the ball the whole game, but that’s what happens in hurling, you have to keep tight to your man and it was a good game of hurling, Manor were the better team but Carrick robbed it.”

Moradi has been busy writing a new book called “Life begins in Leitrim”, where he talks about his life from escaping war to playing hurling for Leitrim in Croke Park, while the book is about sport he also says that it is open to a wider audience to learn about various different things.

“The book is called life begins in Leitrim, obviously it’s from Kurdistan to Croke Park, I’m originally a Kurd from Kurdistan and a majority of Irish people wouldn’t know where Kurdistan is, the book is a good bit about Kurdistan, War, GAA, Hurling, Escaping Wars, I was living in a refugee camp so there’s a bit of everything it’s not just, I know the title looks like a sports book, there’s actually a bit of everything, you know sometimes if your not interested in reading about hurling, you can learn about war or if your not interested in learning about war, you can learn about Kurdistan, your learning about Tallaght, there’s a bit of a mixture of everything in it about life.”

When asked if he would consider a move back to leitrim to play for Carrick once more, Moradi remained tight lipped about a reunion with his club, as he now has a second club in his heart with Thomas Davis based in Tallaght.

“It’s always the same when your coming to watch football and hurling finals you wish you were there playing, but then at the same time I am in Thomas Davis, I am happy enough there playing hurling and football in Thomas Davis in Tallaght, I’ve played at a competitive level as well so, I’ve two clubs so.”