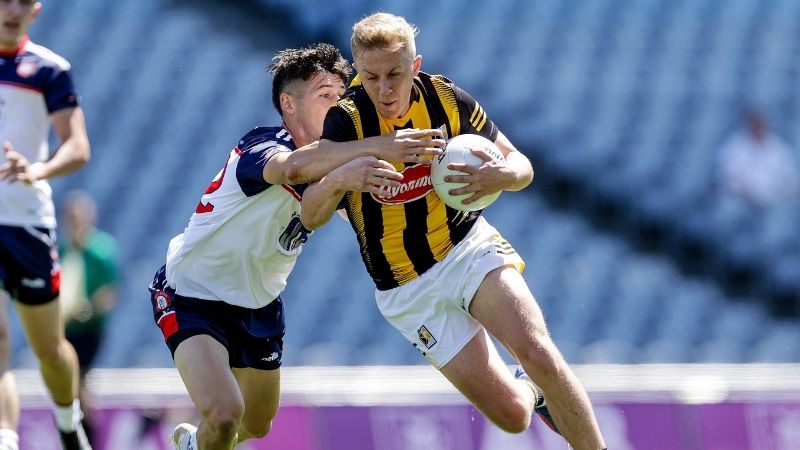 Kilkenny hold off valiant New York in Croke Park to win by nine points and cap off a wonderful weekend of football for the county with silverware.

Victory for both of these teams on Friday in Abbotstown set up the Junior Final in Croke Park today, but the turnover being less than 40 hours was going to throw up another challenge going into a final.

The Cats started the better of the two sides in Croker, lighting up the first few minutes with five points in the opening eight. Kenny with two from placed balls and Culleton, Hennessy and Holohan all from play.

The game began to settle a bit as New York found their way into the tie after what must be said was a startled opening period, scoring the next two points to bring the deficit to just a single score.

Holohan added another point before raising the green flag with eight to go in the half, finding the net at the Hill 16 end of the ground to put daylight between the sides.

Coughlin and McElligot both pointed from frees just before the break for the Americans who went in five behind at the break.

New York came out in the second half much faster than the first, with the opening two points of the half but it was Holohan once more from Kilkenny who pointed to keep the scoreboard ticking for the marble county.

Brian Coughlan of New York sprung the game into life one more in the 10th minute of the second half as he found the net to bring the deficit to just two points.

Kilkenny did not panic though, responding with two points in a minute through Kenny and second-half sub Phealen.

Mathers and Kenny pointed for each team with the substitutions beginning to roll, which was to be expected due to the fixture congestion.

Kenny added another before McElligot pointed twice for NY coming into the final minutes of the game to keep their hopes alive.

Mick Kenny sent the Cats Football faithful into delirium in the 67th minute finding the back of the net to all but surely secure silverware in a rare moment of ecstasy for Kilkenny Football, now truly on the rise.

John Walsh added another goal in the last minute of regulation as the New York team began to fade.