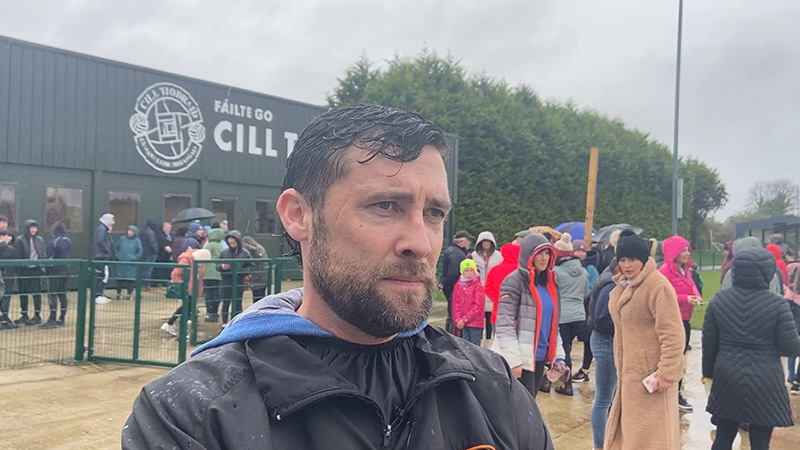 Gortletteragh manager Derek Kelleher says their Junior B win at the weekend, is a steppingstone to develop the future of the club keeping it alive and have it as a focal point of their parish.

Speaking to FinalWhistle.ie after their victory in Kiltubrid on Monday, Kelleher praised the group of players he had, for a Junior B side in rural Ireland to have the support base from a group of players and supporters was key to their win.

“It’s a fantastic way to finish the year, just to see the crowd in behind kids parents getting in for a picture with the cup, we haven’t had it in a while we had in Intermediate and in Division 2 but for these group of players, when you’ve 29 players coming out for a second team in rural Ireland its fantastic, young and old there could be 20 years of a difference in between the players and they all turned up today I tell ya, actually surprised me with our goal scoring abilities.”

Goals win you games and having notched six it helped them push clear of Leitrim Gaels, finishing 6-14 to 0-10 winners on the today, conditions were far from favourable but the Gortletteragh panel including the ageless Cathal Quinn were lauded by their manager, the blend of young and old helping them flourish.

“I suppose in the first half it was tit for tat, we got one goal it seemed to be the difference we went five or six points up, Leitrim Gaels came back into it but as I said the goals win games, we got two or three goals we got our penalty, Leitrim Gaels just lost their shape a slight little bit and we started winning the middle of the field, like our man of the match Cathal Quinn like Cathal is what is he 40 could be 41, like he’s catching balls he doesn’t need to cover a load of space he knows where it’s coming and we know how to play it.

So it was the older lads along with the young lads with their explosiveness but all year the lads put in a great effort they travelled around the place, when we decided to train as Juniors ourselves, we got 20-25 fellas out, the intensity was good.”

Many clubs across rural Ireland are currently facing extinction as players depart overseas for new opportunities, while their panel had a sizeable number of players turn out toi wear their club colours this year, Kelleher believes that their hard work is all to keep the club alive and have football remain in the parish for the next generation to take up the code.

“What we’re trying to build for is when you look at all the kids out here it’s for the future of Gortletteragh football we’re going to have a second field there we’ve a playground, we want to populate it with players and people to make it the centre of the parish to keep us alive really you know.”