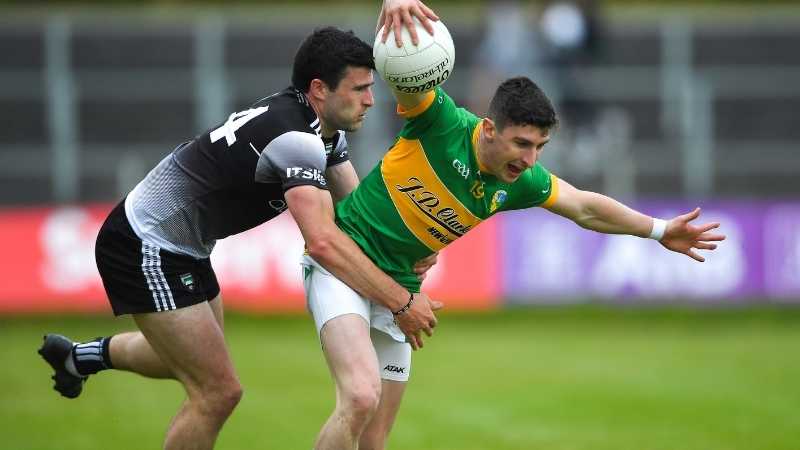 Aidan Devaney was the hero after he made two saves to send Sligo through to a Tailteann Cup Semi-Final after the Yeats County defeated Leitrim on penalties in a dramatic encounter at Pairc Sean Mac Diarmada.

Leitrim took the lead early on but were clawed back by a determined Sligo who took the lead before half-time. A late Leitrim comeback was required to send the game to extra-time but the sides couldn't be separated and the game went to penalties.

Devaney's saves on Ryan O'Rourke and Emlyn Mulligan saw Sligo progress to the next stage of the competition.

The penalties came after an entertaining clash in Carrick-on-Shannon, with the first 70 minutes finishing Leitrim 2-13 to Sligo’s 1-16.

The Ridge County got off to a ferocious start, Keith Beirne’s 1-1 was complimented by Evan Sweeney’s point to see Leitrim lead by five points by minute seven.

Sligo meanwhile tallied missed chances and looked to be at a loss without injured scorer in-chief Niall Murphy.

Sean Carrabine’s point on 11 minutes opened the floodgates however and Sligo managed to put together seven more unanswered scores through Carrabine, Alan Reilly and Patrick O’Connor.

Leitrim struggled in attack as they were swamped by Sligo defenders and had not scored for nearly 27 minutes when Keith Beirne got his second point on 33 minutes.

Carrabine and Reilly returned scores for Sligo while Riordan O’Rourke and Beirne notched two more for the Ridge County to see Sligo go into the break ahead by two points.

Reilly added another for the Yeats County after half-time but it was Leitrim who stole the momentum after that.

Substitute Jordan Reynolds used his pace to get a second goal for Andy Moran’s side while two Beirne points and another by Evan Sweeney saw the momentum shift as only Reilly could score for Sligo.

The balance was to change again though when yet another point came from O’Connor on 54 minutes to be followed up by a goal from sub Mark Walsh and points from Carrabine and Darragh Cummins to see Sligo charge into the lead.

Beirne returned one for Leitrim but when Peter Laffey got one back for Sligo it looked to be game over as the visitors were four points ahead with four minutes of normal time remaining.

There was to be another twist however, as Leitrim took the game by the scruff of the neck to score four consecutive points. scores from Dean McGovern, Ryan O’Rourke and Jordan Reynolds were crowned by a monster Keith Beirne point in the 73rd minute to draw the game.

Extra-Time was cagey and the first ten minutes saw each side score a single point as Patrick O’Connor’s score was cancelled out by Leitrim’s Mark Plunkett.

A Nathan Rooney free and Alan Reilly point saw Sligo score twice in the second-half but Emlyn Mulligan got one back which set up Keith Beirne to draw the game once again and send it to penalties.

Up stepped Aidan Devaney to save twice during the shootout to send Sligo through.