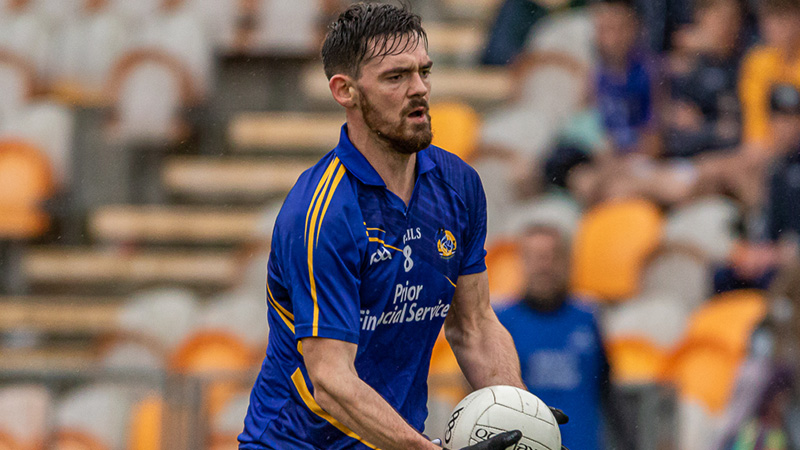 We're truly at the business end of the Leitrim SFC this weekend, with both quarter finals and relegation playoffs set to take place this weekend in Avant Money Pairc Sean MacDiarmada

With the return of video streaming and online tickets sales this weekend we will also be continuing our live audio commentary here on FinalWhistle.ie

A repeat of last years classic of a final is already in store, meaning one of these sides won't even make it back to the semi final stage. who can forget their nailbiting clash just a matter of weeks ago settled in injury time with a Tom Prior point.

Ballinamore came out on top on both occasions, but you can never write off Mohill. The loss of Dean McGovern for them will be felt, but plenty of players have stepped up in his absence.

Tom Prior, Mark McGrory, Shane Moran and Paul Moran are among said players, who will also play a big role today. On the other side, Keith Beirne and Jordan Reynolds have provided most of the scoring, but the defences will likely decide this encounter.

Oisin McCaffrey at fullback for Ballinamore and Shane Quinn at centreback for Mohill are the key players in this regard. Whoever does the better job at keeping their opposition quiet will likely decide this clash.

Seamus Gallagher and Brendan Guckian will call the action for us on www.finalwhistle.ie/live from 3:45pm

The other quarter final is also a repeat of a match from last year’s championship, as these two sides met at the same stage last season.

The Carrick side had a straightforward win then, but matches between these two are often decided by a goal or less. An injury time roller coaster in 2020 turned around St. Mary’s fortunes that year going from relegation candidates to championship finalists in that final flurry.

Aughawillan are one of the most experienced sides in the county when it comes to championship football and this time are bound to give St. Mary's a tough game. Mary's however finished higher in the table than Aughawillan and given their form, will be expected to progress.

Carrick have relied heavily on the point scoring of midfielder Paul Keaney, whilst Aughawillan are blessed with attacking talent like Morgan Quinn and Mark Plunkett. Don't be surprised to see this game turn into a shootout.

The midfield will however play a vital role. The aforementioned Keaney and James McGrail, who have been very impressive, come up against Pearce Dolan and Fergal McTague. Whoever can win this battle and support their forward units the most will decide this game.

The first of the relegation semi finals brings together two local rivals. Glencar-Manor will be disapponted to be in this position, but they are a side in transition and have developed some exciting younger talent to call upon, most notably Barry McNulty in midfield.

Dromahair have had a tough season following their promotion from the intermediate grade last year. Survival was the main aim at the start of the season and now they find themselves having to fight tooth and nail to ensure it.

Glencar-Manor will come in as clear favourites and Dromahair will be looking at the very least to build confidence ahead of a relegation final in a few weeks.

Evan Sweeney and Niall Brady in the forward pack will be vital to ensuring a Glencar Manor victory.

Martin Feeney meanwhile will be the go to man for Dromahair whilst Gary Fowley is also well capable of finding the back of the net.

In all honesty, it's hard to see anything but a Glencar/Manor victory. But it is very tough to call in a local rivalry where the two sets of players know each other well with a lot on the line, so it should be entertaining.

Both of these sides have had seasons to forget in terms of their results so far. A win for Melvin Gaels last week however may have given them a slight confidence booster coming into this series.

This will be tougher to call compared to the other semi final, as both sides have the potential to overpower the other. Francis Flynn up front for Gortletteragh has been in consistent scoring form, whilst a lot will rest on the availability of Jack Heslin.

For Melvin Gaels, Conor Sheridan was impressive in the victory against Dromahair and they'll look to the experience of him and his other teammates to guide their young teammates through a huge match.

On paper, Gortletteragh have had the better season, but it's really hard to call. This one is truly up in the air.

Live text and audio commentary will be available on finalwhistle.ie/live and can be found through the respective links above.