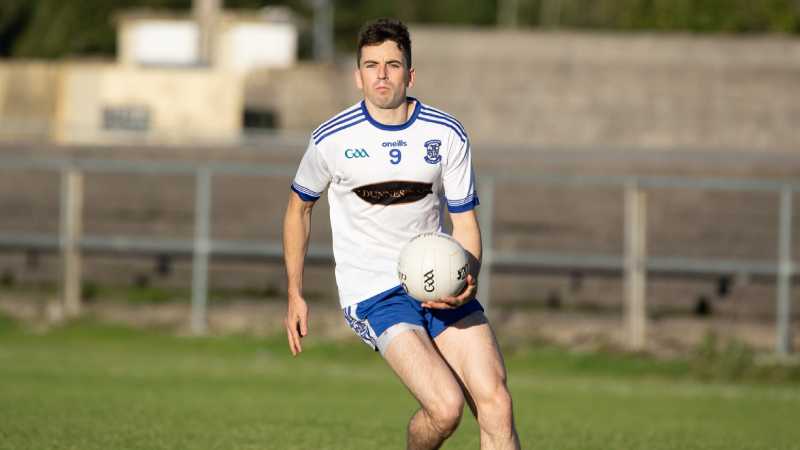 St Marys picked up a valuable win that secured them top seed quarter final status at the expense of Gortletteragh in Round 4 of the Leitrim GAA Connacht Gold SFC.

St Mary's started quickest and were two up inside the first minute of play thanks to quickfire points from Paul Keaney and Jack Barnes.

Gortletteragh would open their account seven minutes later through a Francie Flynn free. A brace of Paul Keaney points followed before Oisin Niblock swapped scored with Jack Casey to leave three between them midway through the first half.

Gortletteragh were struggling to get to grips in the middle third as St Marys looked to overload the middle and use their runners to pick off scores.

They outscored the home side 5-2 with Nicky McWeeney and Conor Hackett joining Keaney (2) and Casey on the scoresheet to give themselves ten points to five lead at the break.

Both sodes traded points on the changeover before Gortletteragh cut the lead back to four on 40 minutes through a left footed effort from Padraig Gallagher.

A Keaney free got St Marys lead back to five before Gortletteragh's most penetrating move of the game resulted in Jack Heslin firing over.

The action was end to end, Keoghan McGovern tipping Niblocks lotlw effort on goal onto the bar while Casey fired wide at the other end.

An Emmett Regan point from play restored the five point advantage for the visitors.

A quickfire brace from St Mary's sub Brian O'Donnell sent the visitors eight clear with six to go before the decisive goal came via another sub Emmett Regan, although it had the benefit of a heavy deflection.

Paul Keaney had the final word in the 29th minute as he fired a 14 yard free into the net for a 2-16 to 0-8 scoreline at the final whistle.