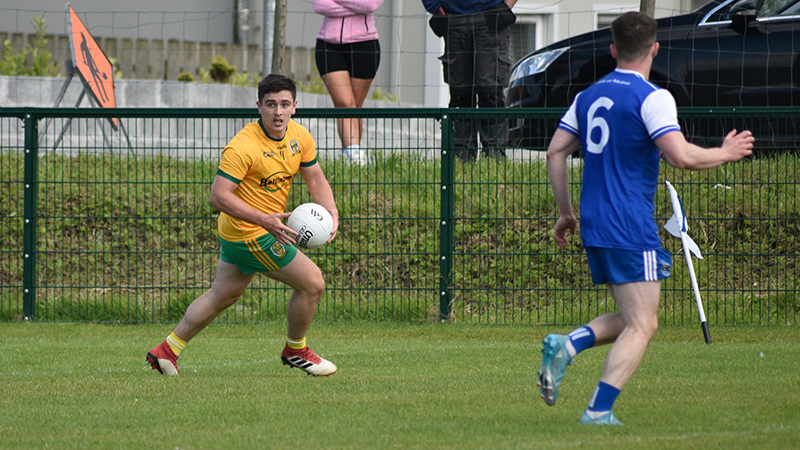 The final round of the group stages of the Leitrim SFC take place on Saturday evening, where teams will know once and for all whether they'll be challenging for the county title or battling to avoid relegation.

This top of the table clash brings together two teams that have met numerous times in recent years across both the intermediate and senior championships. Fenagh have been very impressive so far, whilst Leitrim Gaels look so solid.

Both sides enter this one with 100% winning records, which means at least one will lose that badge of honour this weekend. A draw however would be enough for both teams to bypass the quarter finals and go straight into the semi final draw.

It's highly unlikely however that either of these two opponents would settle for a draw. Fenagh will want revenge for last years quarter final defeat, whilst Leitrim Gaels will look to further bury Fenagh's reputation as their bogey side given their history over the last six or seven years.

No matter what, this should be a good game. Fenagh will be confident that their firepower can tip the scales, however but it will be the battle at midfield where Jack Gilheany and Donal Wrynn will faceoff with Collie Moreton and Conor Guckian which could decide this clash.

Whilst both teams enter this one with a mathematical possibility of getting to the knockouts, they will require a lot of help from elsewhere. This is more about restoring pride to two sides that have endured disappointing campaigns ahead of the Relegation playoffs to follow.

Survival is also at stake for both clubs and a win would help either side get an theoretically improved draw in the relegation playoff. Given the similarities in their seasons so far, this could be likely to be a tight one.

Both these sides come into this one with their sights set on achieving a quarter final spot. Gortletteragh will be looking to put some disappointing results in both the league and championship behind them this season .

Looking at form St. Mary's will take to the field as favourites however Gortletteragh will guarantee themselves a spot in the quarters with a 12 point win, which would see them leapfrog the Carrick side on points difference and better them on the head-to-head should it come to that.

Mary's have been unimpressive, but solid in most their matches this year. They should win here, but Gortletteragh never know when they're beaten and a big performance from the home side could see them sneak a place in the quarters, but they'll most likely need help from elsewhere.

Last years finalists have had a disappointing campaign so far, with a tough draw only seeing them win once in the group stage so far, but could put right with a win over the Willies, who enjoy a two point lead on them in the table.

A Mohill win would change that, as they'd have the advantage on points, the head-to-head and points difference. It would also be enough to see them secure a quarter final spot.

Aughawillan however have a knack for finding a way in the competition at this stage every year and won't be pushovers. They can still reach the knockout stages in defeat, but they'll need help from St. Mary's and Ballinamore elsewhere. Mohill could also lose or draw and still reach the quarter final provided Gortletteragh and Glencar / Manor don't better their result.

The county champions enter this one in the driving seat, with the outside opportunity to reach a semi final place.

They'll have a large point spread to cover to achieve this however, as they'll have to make up an 11 point spread if Leitrim Gaels lose their game, 27 points if Fenagh are beaten.

They are all but ensured a quarter final spot. For them to miss out on that, they'd have to lose by 9 points here and for very specific other games to go against them.

Realistically, they're favourites and an expected win would guarantee them top seeding in the quarter final draw. This means that they would then face whoever creeps into 6th in the league table.

Neither of the top two are guaranteed their semi final places and any of the remaining eight teams could find their titles hope ended and replaced with relegation worries. While there are genuine issues with the fairness of the new system, and it must be a nightmare for coaches planning their side's game plans and training schedules, no one can deny that the new format has definitely worked in making the competition more entertaining and with so many possible permutations and probabilities we might need to see how things pan out on Saturday evening.

To keep along with all the games, be sure to follow the full live audio commentary on www.finalwhistle.ie/live or www.leitrimgaa.ie/radio