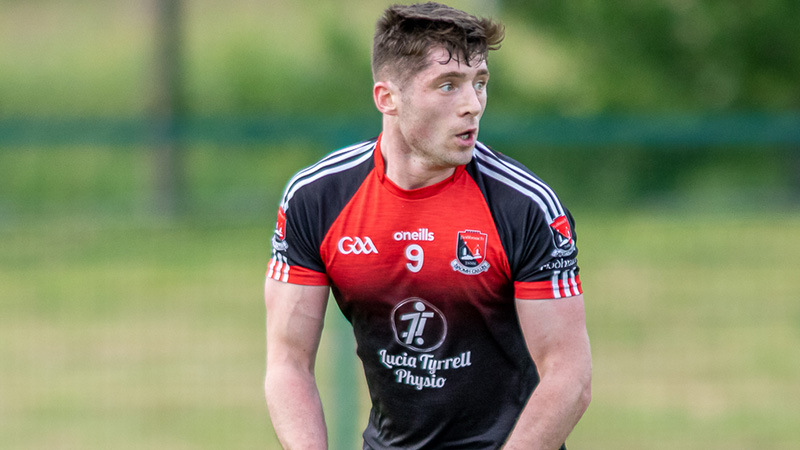 Fenagh made an impressive start to the Connacht Gold Senior Championship for 2022 with a late scoring flurry yielding 1-4 against a determined Aughawillan side who were minus the services of the suspended Fergal McTague and Noel Plunkett.

Aughawillan started brightly with Pearse Dolan winning the throw in and delivering long to Mark Plunkett who marked and scored. Riordan O'Rourke replied instantly before Barry Prior applied the finish from distance to a well worked Aughawillan move.

Fenagh then struck for their first goal, Riordan O'Rourke turning provider for Ryan O'Rourke to cut inside along the endline and roofing a shot past Colin Maguire to put them 1-1 to 0-2 on front on five minutes.

Fenagh would go on to hold the lead for the remainder of the half. Mark Plunkett hit a '45 to reply to Tom Gilheaney's point before Fenagh pulled further ahead through two more Ryan O'Rourke efforts. Donal Wrynn send two frees to the right and wide off the sod before Ciaran Gilheaney converted a free to leave the goal between them at the water break.

Aughawillan had the better of the second quarter. Gilheaney hit his second and third of the day both from play which was followed up with two from Gary Plunkett who was causing Fenagh problems on the '40.

Fenagh's response came through points from Aaron Smith and another couple from Ryan O'Rourke before another Gilheaney effort from a free sent Aughawillan in two points in arrears at the break, 1-8 to 0-9.

Aughawillan were much more direct on the changeover, but were left to inaccuracy in front of the posts. The ever dangerous Oisin McLoughlin opened the scoring two minutes in with Riordan O'Rourke getting his second of the day four minutes later. They came either side of Pearse Dolan rattling the Fenagh crossbar and hitting a succession of wides, with the Plunkett and Ciaran Gilheaney guilty parties as Aughawillan chased the lead.

It would be ten minutes before Aughawillan would get a score, coming from the lesser used right foot of Morgan Quinn. Ciaran Gilheaney got his fourth soon after and a Ryan O'Rourke point on 15 minutes meant there was still three between them at the second water break, 1-11 to 0-11.

Ryan O'Rourke and Quinn swapped free on the resumption of play before Fenagh added their second goal to make it 2-12 to 0-12. Aughawillan supporters were incensed that Morgan Quinn wasn't awarded a free after an overzealous Mark Keegan tackle but Keegan's turnover send Fenagh up the length of the field and Oisin McLoughlin done well to finish from a tight angle and beat Colin Maguire on his near post.

Aughawillan won the subsequent kickout and went straight down the field, with substitute Reece Maher having to settle for a point after his initial effort hit the Fenagh cossbar. That, surprisingly would be Aughawillan's last score of the game.

They attacked keenly for the next four minutes trying to force a goal chance among a massed Fenagh defence who were content to play on the counter attack. They hit three points in a many minutes through Wrynn, Ryan O'Rourke and the impressive Fergal McLoughlin before Ryan O'Rourke intercepted a short kickout and drove at the goal, this time proving for Riordan who finished low to the net.

He would go on to have the final say via a point from play to leave a handsome, if somewhat deceptive 12 point margin on the scoreboard at Gareth Foley's final whistle.