Gortletteragh get off the mark 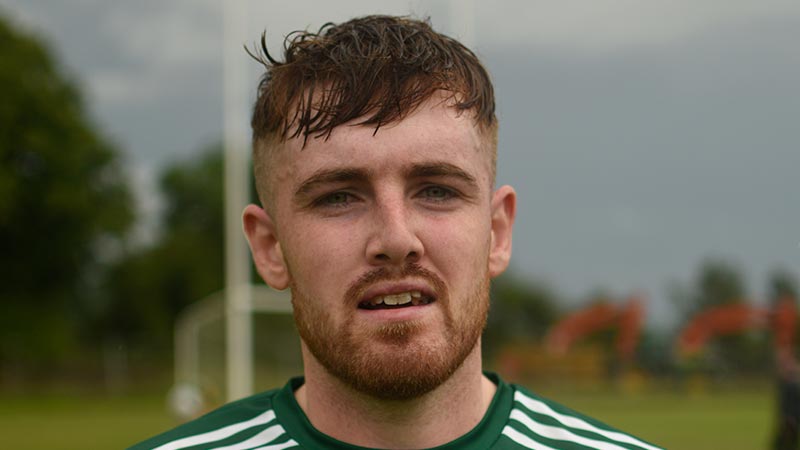 It was third time lucky for Gortletteragh as they picked up their first win of the Leitrim Senior Championship at the expense of Leitrim Gaels in Gortletteragh on Saturday evening.

Having lost their previous two games to Melvin Gaels and Glencar-Manorhamilton, the 2020 Intermediate Champions knew they needed to get something out of this game if they were to avoid finishing bottom of their group.

In what was an enjoyable game the lead changed several times and going into the final 10 minutes Leitrim Gaels were ahead by three but Gortletteragh showed great heart and determination.

Both sides ended the game with 14 men; Colm Moreton received a second yellow for Gaels in the 56th minute while in the third minute of stoppage time Gortletteragh’s Oisin Niblock was shown a black card.

Gortletteragh made a good start to the game and kicked over two early points. Leitrim Gaels replied with two points to draw level in the ninth minute. Gortletteragh regained the lead one minute later when Evan Ward’s shot somehow ended up in the back of the net.

Three minutes later and Gaels got a goal to go back in front; Enda Moreton with the goal after good play from Shane Rynn.

Gaels kicked over six points in a row to go five ahead in the 22nd minute. Jack Heslin got a much needed point for his side in the 24th minute but was cancelled out by a point from Colm Moreton and in the 30th minute Oisin Curley put Gaels ahead by six points.

In the second minute of first half stoppage time Gortletteragh were back in the game; Cathal McCann did very well to win the ball for his side and Padraig Gallagher ended up shooting to the net. A pointed free from Francie Flynn cut the gap to just two going in at the break - 1-10 to 2-05.

Gortletteragh made a great start to the second half; points from Flynn (free) and McCrann drew them level in the 36th minute. Gaels were back in front by two points in the 43rd minute.

Gaels substitute David Regan was denied a goal in the 44th minute by a fine save from Gortletteragh keeper Niall Tiernan. Both sides traded points and two points from Regan (one free) edged Gaels ahead by four points in the 52nd minute.

Gortletteragh fought back and Gallagher did well to get a goal in the 53rd minute to bring his side back into the game.

Gaels were reduced to 14 men in the 56th minute when Colm Moreton was shown a second yellow card. One minute later and Gortletteragh got their fourth goal; McCrann played a free to Heslin, he played a superb ball across the face of the goals and Keoghan McGovern palmed it to the net. Gortletteragh were ahead by one.

Francie Flynn kicked over two frees as Gaels conceded a number of frees. In the third minute of stoppage time Gortletteragh’s Oisin Niblock received a black card. It mattered little. Flynn kicked over another free one minute later to put his side ahead by four.

At the end Gaels were awarded a penalty after Conor Guckian was fouled, Aidan Flynn took the kick but blasted the ball over the bar. It was the last action of an action packed game.