Mary’s have the measure of Manor 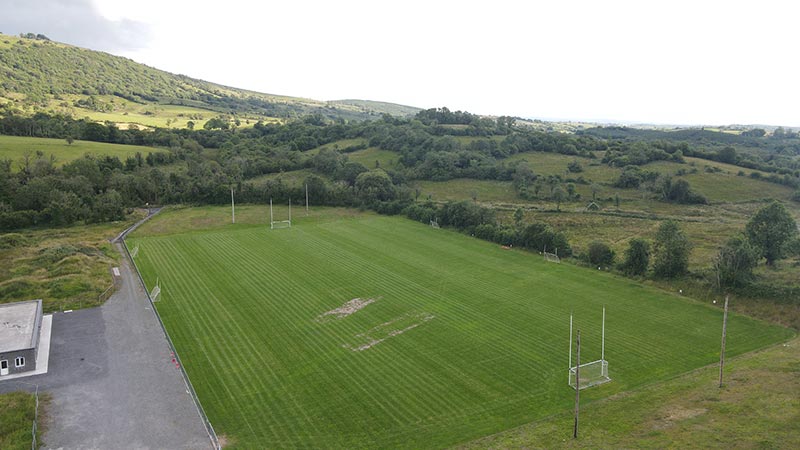 St Mary's got their Championship campaign off to the perfect start with a seven points victory over Glencar Manor last Saturday evening in Boggaun.

This was never going to be a classic with the players having to battle with very heavy rain for most of the game, but both teams deserve credit for their efforts in such terrible conditions.

The home team got off to the better start and within eleven minutes were thee points to nil ahead, courtesy of points from Ronan Flynn, Killian McGrisken and a Conor Dolan free.

Luke Sheridan prevented a St. Mary's goal at the expense of a “45” which was duly converted by Mark Diffley to open his teams account thirteen minutes in to be followed by two points within as many minutes from the boot of Raymond Mulvey to level matters.

Two more Dolan points, one from a free, edged the home team in front again and their three points advantage was restored when Ronan Flynn pointed.

James McGreal received a yellow card as did team mate Paddy McKenna within a five minute period before Paul Keaney reduced the arrears to two points with a free.

Two points between the teams at the break. Within four minutes of the restart, a couple of Paul Keaney frees brought the teams level, but between Keaney's points came a blow to the home team when Niall Brady received a black card for a foul on Cian Singleton.

Ronal Flynn then received a yellow card before St Mary's struck three points in a row from a Keaney free and a
point each from Mulvey and Doherty.

The winners were well on top now and had the chance to wrap the game up when they were awarded a penalty following a foul on Raymond Mulvey but Alan Dohertys spot kick was saved by Luke Sheridan at the expense of a 45”, which Mark Diffley pointed to leave four between the sides.

The next score was going to be vital and it came from the boot of Daniel Maguire and when this was followed by two more points from Sweeney and a Dolan free, suddenly the home team were back in the game, just a point behind.

But they were dealt a hammer blow when after good work from Alan Doherty, the ball fell into the path of Raymond Mulvey and he made no mistake, firing the ball into the net to restore his teams four point advantage.

The winners finished the stronger with Mulvey hitting over two points and another Keaney free leaving their side comfortable winner in the end by seven points.

In fairness to the home team they were very much in the game up to Mulveys goal four minutes from the end of normal time.