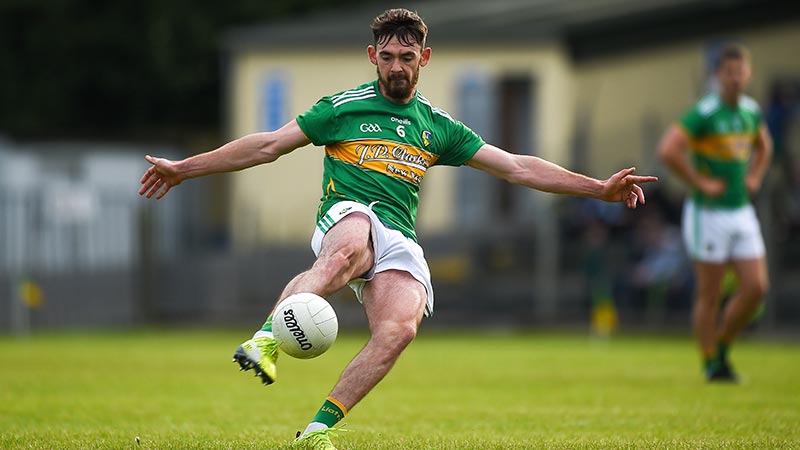 It was anything but routine for them in the opening thirty minutes though with only two points separating the sides at half time.

Allen Gaels, depleted with injuries, were dealt a further blow after just five minutes when Adrian Sorahan received a black card and the winners took advantage with three unanswered points within as many minutes from Morgan Quinn. Ciaran Gilheaney and Gary Plunkett.

The home team steadied the ship and opened their account after seventeen minutes with a James Flynn point from a free. Pearce Dolan and Ciaran Walsh exchanged points before Shane Beirne reduced the arrears to a point three minutes before the break.

Two points in a row from The Willies, from Gary Plunkett and Ciaran Gilheaney, restored their three point advantage deep into injury time.

An Emmet Moran point for the Gaels ended the first half scoring with a good point to leave just two points between the teams 0-6 to 0-4.

The eventual winners started the second half as they did the first with three unanswered points courtesy of Morgan Quinn, Pearce Dolan and Daire Maxwell. The home side needed a score to stay in the contest and it came from a free from the boot of James Flynn ten minutes after the restart to leave four points between the teams.

But that was to be their last score of the encounter, Pearce Dolan and Morgan Quinn added two quick points to extend the winners lead to six points.

Whatever chance the home side had getting back into the game disappeared seventeen minutes into the half when an off the ball incident resulted in Ryan Higgins receiving a red card from referee Martin Feeney with Sean Flanagan receiving yellow. The winners, led by the influential Mark Plunkett, added six more points from six different scorers, Plunkett himself, Morgan Quinn, Ronan Maxwell, Fergal McTeague, Pearce Dolan and Gary Plunkett to run out easy winners in the end.

Indeed it could have been worse for the Gaels, Dolan's late point came from a goal attempt which was brilliantly tipped over the bar by Diarmuid McKiernan.

The Willies, who had a bye in the first round, now face a local derby next week against Sean O’Heslins while the Gaels have a bye in the next round which gives them a chance to get some players back from injury.