Reynolds and Maguire lead Ballinaglera to opening win over Mohill 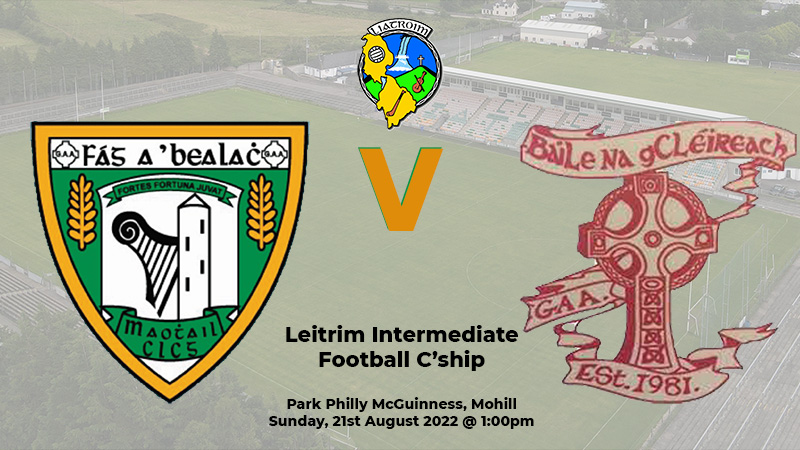 It was all too easy for Ballinaglera in their opening game of the Smith Monumentals Intermediate championship against Mohill in Pairc Philib Mac Aongusa.

Wayne Reynolds and Enda McGuire were the sharpshooters for the visitors in this comprehensive win. Their defence were also excellent with Brendan McGourty solid at full-back.  After kicking over five points in the opening half, Mohill could only muster up three more points after the break.

Within the opening minute of the game Ballinaglera scored their first goal; Wayne Reynolds did the hard work and McGuire finished to the net.

Reynolds kicked over a free minutes later to give his side a four point advantage. Ronan Kennedy kicked over a free to close the gap to one but the visitors replied with a free from McGuire and then he set Mark Reynolds up for a goal.

A neat point from Jamie McGreal extended Ballinaglera’s lead to seven in the 24th minute. Mohill full-back Alan Armstrong got up to fire over an excellent point one minute later. Wayne Reynolds (free) and Kennedy (fine effort) traded points as Ballinaglera held a 2-05 to 0-05 at the break.

Ballinaglera didn’t let up with the scoring in the second half. Reynolds kicked over a neat point in the second minute while he set up McGuire for his second goal and his side’s third in the 34th minute.

The lead was 12 points minutes later before McGuire hit the butt of the post with his effort. McGuire and Reynolds continued to keep the scoreboard ticking over with McGuire scoring a superb point in the 48th minute. The lead was extended to 16 entering the final 10 minutes.

Ronan Kennedy got Mohill’s first point of the second half in the 51st minute. Johnny Boyle followed that up with a neat effort. Ballinaglera substitute Aaron McCauley scored an excellent point in the 57th minute.

Mohill sub Ciaran Baxter got their final point of the game in the 59th minute and right before the end McCauley kicked over his second point as his side ran out winners by the wide margin of 16 points.