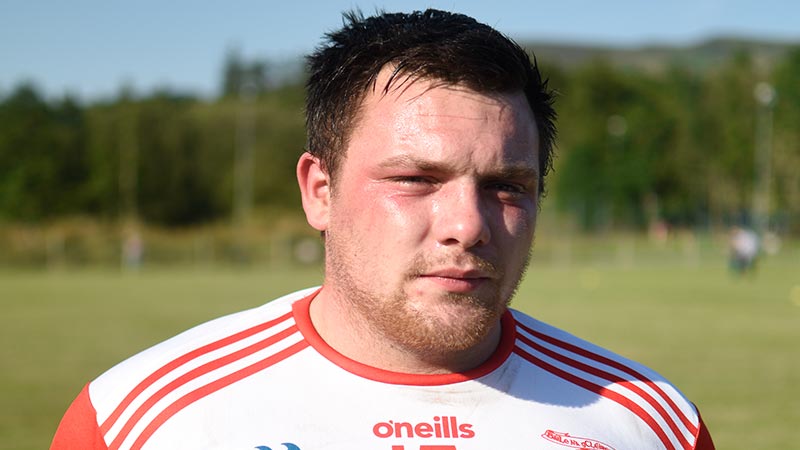 In what was a tight, tense encounter, it was Aaron McCawley who stepped up to fire over the winning point in injury time.

The winners were in control in the first half and after twenty two minutes, led by five points to no score, their marksmen were Ciaran Cornyn, Enda Maguire and three from Seamie McMorrow, two of them from frees.

The home side had missed a number of chances but they hit two points in as many minutes through a Fintan Fitzpatrick free and a point from play from Ben McGirl to end the first half scoring with three points between the teams.

Aughnasheelin started the second half the better with Fintan Fitzpatrick hitting three points in the first five minutes, two from frees, with Seamie McMorrow hitting a point in reply to leave just a single point between the teams.

Wayne Reynolds extended his teams advantage to two points with a fine score and when McCawley fired to the net two minutes later, it looked like game, set and match to Ballinaglera.

Another Fitzpatrick free reduced the arrears to four but it certainly looked to be Ballinagleras day when the home team were reduced to fourteen players, Richie McManus receiving a second yellow from referee Mark McCloskey, one of many yellow cards shown by the referee over the course of the game.

But with time running out, the game exploded into life when a Fitzpatrick free was fisted to the net by Conor Cullen and when Gavin Sammon levelled matters a minute later, it was there to be won by either side.

Could the home side get one more score to complete a comeback that didn’t seem likely minutes earlier or could Ballinaglera recover from the shock of losing a four point lead and go ahead again; and it was the latter, just the one more score and it came from McCawley who fired over what turned out to be the winning score.

Aughnasheelin, missing a few prominent players through injury, will be disappointed didn’t get something from the game, the winners will be happy to get the two points and increase their chance of a quarter final spot.