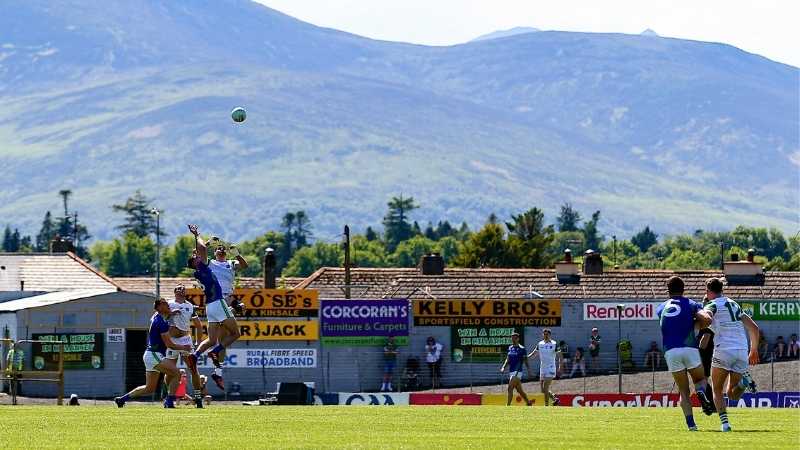 Kerry ran home commanding winners, as they claimed their 83rd Munster Crown in front of 14,587 spectators in Fitzgerald Stadium.

Their forward line was in form once again, as they ran out 1-28 to 0-8 winners, Killian Spillane hitting the back of the net with the only goal of the contest.

Limerick struggled to get their chance and take them, the gap in quality evident by the score-line but also in how both teams looked on the ball, Kerry now advance to the Quarter Final stage.

Kerry commanded a rather slow burning opening half, as Limerick looked to have been caught in the sunshine with just three points in the opening half, two of which came from the boot of Josh Ryan, who landed some fantastic frees, despite limping and having a strapping on his right leg, but it was Kerry who commanded the half, their forward oozing class.

Killian Spillane notched his first of the afternoon in the opening seconds, as Kerry tried to build Limerick hit back with a Ryan 45’, but after Brian Ó Beaglaíoch split the posts, they would lead 0-4 to 0-1 after the first quarter, Tony Brosnan and Sean O’Shea both raising the white flag.

Ian Corbett got their only score from play in the opening half after 18 minutes to reduce the deficit, but Kerry got three quick fires scores to move 0-7 to 0-3 ahead by the 23rd minute, before Ryan curled a beautiful sideline free for a four point game almost at the half hour mark.

The Kingdom finished the half strong, Gavin White and O’Shea both fisted over the bar, while Spillane and Ó Beaglaíoch added further scores to their tally, O’Shea capped off a great half of scoring with a beautiful 45’ to see Kerry go in 0-12 to 0-3 ahead.

It was as you were into the early exchanges of the second half, Kerry again picking off their scores when getting the opportunity, the forward lines looking like attack dogs, they managed six scores before Corbett again replied for the Treaty men, as they trailed 0-18 to 0-4 after 48 minutes.

Straight after the Corbett point, it was Kerry who hit back as Spillane was free inside and opened his body to hit a low shot into the back of the net, Cian Sheehan replied with a point, but it was still academic as Kerry remained the dominant force, getting five more points before Sheehan could again score, but by this stage they were 1-23 to 0-6 ahead, just after the hour mark.

They would again finish strong, Geaney, Michael Burns, O’Shea and O’Sullivan add saw the white flag raised, moving them 1-27 to 0-6 ahead, Gordon Browne and Sheehan pointed late for Limerick, but it was just a small consolation, as Kerry enjoyed another success to add to their every growing mantelpiece.